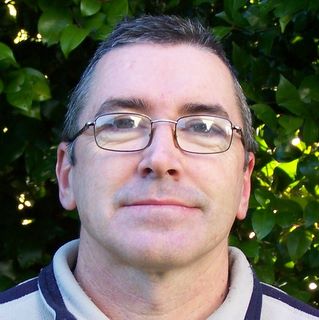 Erik Forsyth is a long-standing Rockjumper leader now living in New Zealand. He is a superb birder who currently leads for Rockjumper in Asia and Australasia. Erik is also blessed with a contagious sense of humor and a wonderful gift for sharing his enthusiasm and knowledge in the field. Erik has been an avid birder his entire life.

Dear Erik, Thanks for the trip report of a fantastic tour. Wow, what an experience and I am so glad we did it – most importantly with Rockjumper. Everything was taken care of and we moved smoothly from one place to the next with no problems (well none that we knew of!) All the best!

I just have to write and tell you how much I enjoyed the N. India trip and how superb the leaders are… Erik and Rich worked so well together and both are so funny, such a great combination…. With much gratitude to RBT for bringing birds and mammals into my life.

The trip sounded good in the write-up but far exceeded our expectations. The pelagic trips were outstanding. The number of participants was perfect. Erik knew the birds and their calls/sounds and was very effective in getting everyone to see the birds. He called many pelagic IDs well before other people had even spotted the birds. Erik’s skills in managing the participants showed and his sense of humour added to his effectiveness. We thoroughly enjoyed our trip.

Erik is a wonderful guide with great birding skills and the ability to help everyone possible see the bird. He is funny and has a pleasant manner to everyone at all times.

Erik was a delight to be with, as his sense of humour was a constant. Having him at the helm added an unexpected and pleasurable dimension to the whole trip. The entire trip was terrific: beautiful scenery, nice people, good beer and food, and comfy accommodations.

Erik Forsyth is not only extremely knowledgeable but also accommodating and fun.

Erik Forsyth is one of the best guides. Extraordinary knowledge of birds as well as New Zealand itself. Personable and cheerful with a wonderful sense of humour. He is attentive birders' needs and made every effort to meet and exceed any special needs. He knew where to try and find the endemics, and the only one we didn't see or hear was because of inclement weather. We would definitely travel with Erik again should that opportunity present itself.

The tour was well-planned and Erik Forsyth was an excellent leader. The accommodation, food and transportation were also excellent.

Erik Forsyth's depth of knowledge of the birds of New Zealand was astounding. He delivered on all the species possible, and some even became good friends with multiple good sightings before the trip was through. He was good-natured and managed our group well throughout the long hours of driving on several days. The accommodations were good, as were the night walks for kiwis, the pelagic tours, and the visits to islands and refuges to see rare, endemic and endangered species. I loved the trip from the beginning to the end. We had good weather, too! Thanks, from the bottom of my heart, for the wonderful experience exploring New Zealand. I fell in love with the birds and the country. Thanks, Erik, for making it happen. Four stars, two thumbs up, all possible positive accolades.

Erik Forsyth was excellent, a great guide; professional, knowledgeable, friendly and pleasant to be around. He was also a careful driver who spent many hours driving us around New Zealand. All in all, I was left very satisfied and happy with the tour; and this being my first Rockjumper tour, I was left with a very positive impression of the company and its staff. I would certainly like to use Rockjumper and Erik again!

Overall, a very good tour. Erik Forsyth got us onto all the most wanted birds and was attentive to everyone's needs. He was professional and kept the atmosphere fun and light.

The birding and bird vocalisation skills of Erik Forsyth and local guide Bryan Shirley are simply outstanding. So far, I've probably met only 2 guides who were only just about as good as these two!

This trip was quite an experience: Earthquakes, an erupting volcano, a major blizzard, raw fish and squid for breakfast, some incredible dining experiences, great scenery, and a wicked lot of fantastic birds! Erik Forsyth did a very good job with the tour. He was a bit more laid back than I am used to, but we really had good luck with the birds. A lot of that also had to do with Bryan Shirley, who is also an excellent guide. Erik and Bryan made a great team and appeared to really enjoy the trip, which was infectious for the rest of the group.

We saw some good birds and are happy about that. Erik Forsyth is an excellent guide and companion. We would certainly travel with him again. He was most helpful for those of us whose eyes are not as sharp as they once were. Erik managed the group well and group dynamics were excellent. Local guides, such as at PICOP, were very friendly and most helpful. The Philippine ground agent/bird guide, Mark Villa, was certainly knowledgeable about the local birds and a good source of information. We have enjoyed Rockjumper tours in the past and hope to again.

The guides were knowledgeable, energetic, and very personable. I would go with Erik Forsyth anytime, anywhere. He made sure we were comfortable, well fed, and saw the birds, not an easy feat with the constant rainy conditions. I also appreciated his sense of humour. Yes, I would go with Rockjumper again, and I am planning on a 2019 trip already. They have become my favourite bird tour company for many reasons.

Although we had plenty of rain the trip turned out to be very rewarding. Erik Forsyth did an excellent job in trying to accommodate my strange request for knowledge on the vegetation of the Philippines. Although both Mark and he had no idea on how to respond to this request, they were able to get a tree book for my use. After losing the use of my cell phone which was used to take photos of the vegetation for future identification, Mark followed up by taking photos for me.

It was amazing that the guides could make the tour so enjoyable despite having rain 8 days out of 10! Guides were excellent. Erik Forsyth was very knowledgeable and personable.

Erik Forsyth went above and beyond to give personal attention to each participant. How does he do it? Lack of sleep and a packed itinerary would challenge the best guide, but he seems to always be positive and light-hearted. Cracking dry jokes and comments – loved it!

Erik Forsyth did a great job, and both his remarkable knowledge and his unflagging good humor were indispensable; I look forward to traveling with him again in the future.

Erik Forsyth is a wonderful guy, so enjoyable to travel with. He is knowledgeable, down to earth and quite humorous! We did New Zealand with Erik a few years ago and would definitely go with him on other Rockjumper Trips in the future. Also, we would recommend Erik to others considering him as their leader.

We thoroughly enjoyed the tour, which covered a wonderfully varied range of environments, scenery, birds, etc., and was a great introduction to New Zealand. Erik Forsyth did a good job of rearranging times and/or dates for two of the pelagics, which were ultimately successful--even given substantial rain and wind.

Beautiful country, good birding sites, good group of travelers. Eric Forsyth was an excellent guide, handling all situations very well, including weather-related activity cancellations that were beyond his control.

Erik Forsyth is not just totally knowledgeable about the birds, he makes the whole journey effortless and fun.

Erik Forsyth is a brilliant  tour leader and birder;  I would definitely like to travel with him again in the future!

Erik Forsyth did a fine job of managing the group. He is a constitutionally positive person and conveyed a healthy sense of humour that was appreciated by the entire group. He clearly endeavoured to spend time with all of the members of the group which brought about good group cohesion. He met each person, regardless of their birding ability, and facilitated their birding experience.

ERIK IS A WONDERFUL GUIDE AND COMPANION WITH A GREAT SENSE OF HUMOR BUT ALSO WITH ATTENTION TO DETAIL. WE FOUND ALMOST ALL OF THE BIRDS ON OUR CHECKLIST AND ARE VERY HAPPY WITH THE RESULTS.

We thoroughly enjoyed this trip. Erik Forsyth is an excellent guide. He managed a one-man show as bird guide, van driver and ground agent all the while maintaining a wonderful sense of humor.

I'm just updating my life list, and Eric's detailed report was invaluable in ensuring its accuracy. I want to thank both Eric and our local leader for a fabulous experience. Their knowledge and consistently good natured personalities were much appreciated. I truly believe that Eric was born to be a birding trip leader. Loved the trip, loved the birds, loved the country. What else is there to say! 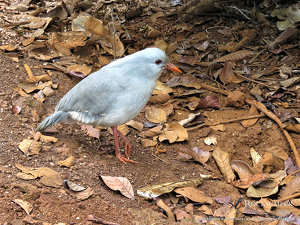 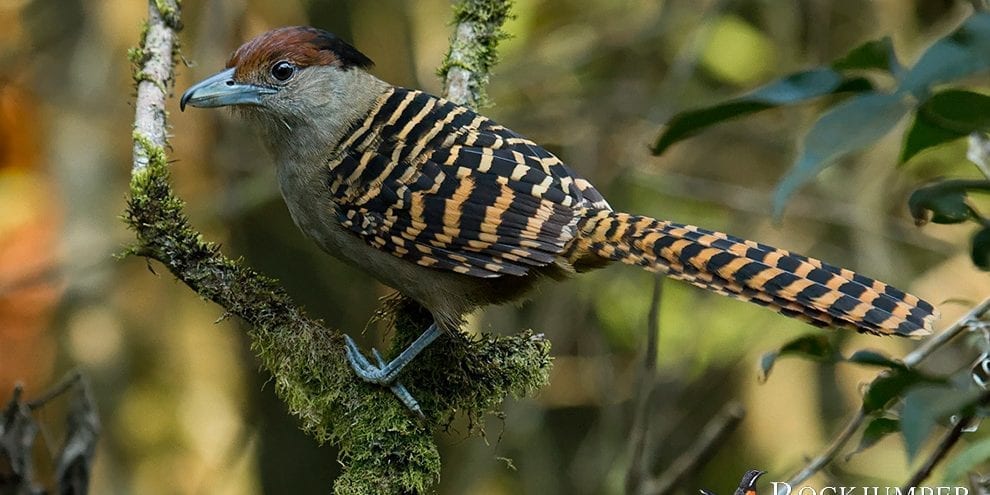 Birds are certainly some of the most alluring photographic subjects around. Whether it be an interaction between birds – friendly or otherwise – their spectacular plumage or their interesting behaviour patterns, a great bird photograph is definitely hard to... 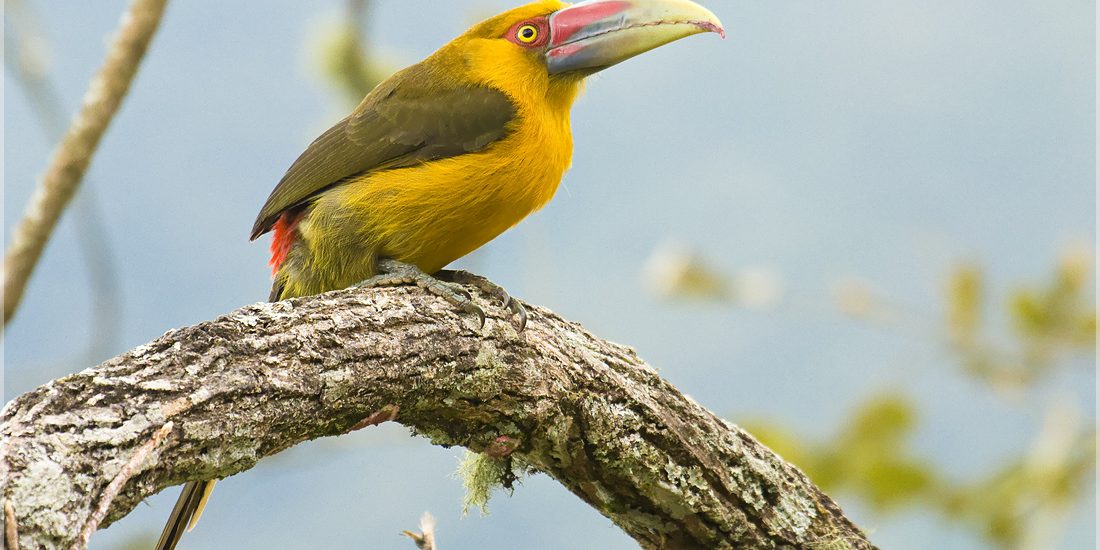 VIEW POST
We use cookies to ensure that we give you the best experience on our website. If you continue to use this site we will assume that you are happy with it.OkNoPrivacy policy