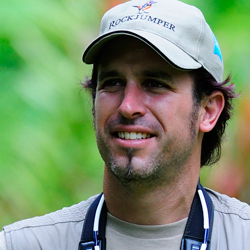 For a first time - for any time - Clayton was terrific...

All around great fun trip, with logistics and plans for upcoming activities presented clearly and in time for proper preparation. Clayton was very prepared and we enjoyed traveling with him very much.

Clayton was friendly, informative and fun.... Very athletic and cheerful. Find him to be a wonderful guide.

Enjoyed Clayton very much. He has great potential as a leader.

I hope to go again with Clayton.

Loved Clayton, his bird skills and all-over knowledge of everything.

Clayton is a wonderful addition to the Rockjumper family. I look forward to being on tour with him again. He is highly skilled, friendly and aware of the participant's needs.

As would be expected, Clayton is a skilled and amazingly knowledgeable guide, and a fun person who I enjoyed talking with. I particularly appreciated his patience and understanding in helping me deal with a personal issue that arose.