Tunisia - The Jewel of North Africa 2023

Tunisia, the gem of North Africa, is an isle of tranquillity wedged between the turbulent countries of Algeria and Libya. Due to its strategic position, it has had its fair share of turmoil in times gone by. The Phoenicians, Romans, Arabs, Ottomans and French have all had their impact and contributed to a rich and varied culture. Tunisia is now one of Africa’s most wealthy and developed countries and the epitome of a progressive Arab nation. Upon arrival at Tunis, one is immediately struck by the verdance of the landscape, which teems with birds. Tunisia’s protected areas and agricultural fields support a large population of both resident species and wintering migrants.

On this tour we will visit several spectacular sites, ranging from towering mountains, desert oases and vast tidal saltpans. Some of the highlight species are the endangered White-headed and Marbled Duck, Yelkouan Shearwater, Bonelli’s Eagle, Cream-colored Courser, Greater Hoopoe-Lark and Desert Sparrow. We will also get the opportunity to observe some really endangered North African mammals, including the spectacular Addax, Scimitar-horned Oryx, Dama and Dorcas Gazelle and the hamster-like Gundi. We cannot ignore the archaeological treasures of Tunisia, and we will also visit several world-famous sites, from the Punic City of Carthage, the Roman Empire’s 3rd largest Coliseum and Muslim medinas (walled cities). With comfortable accommodations, great food, friendly people, impressive antiquities and abundant birds, time spent in Tunisia could not be more pleasurable! 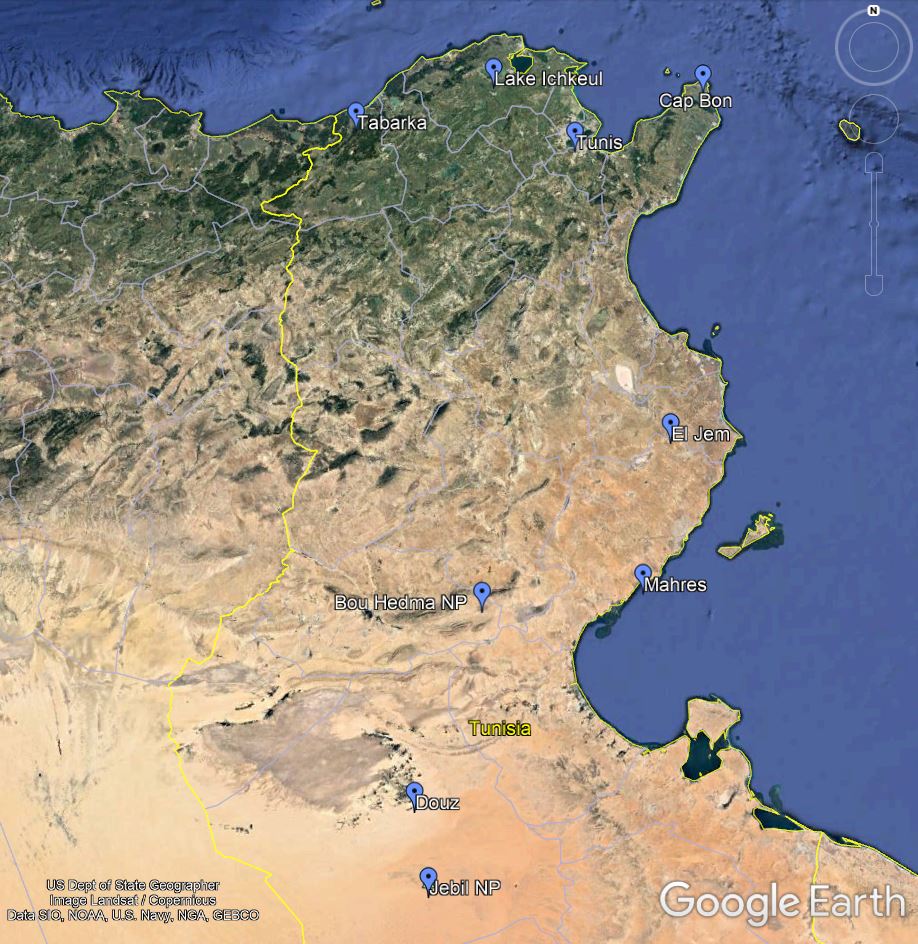 André, who escorted us on four drives, is a superb tracker with great knowledge of the reserve and its denizens. He is also an expert on the birdlife of southern Africa and was able to bring the bush to life for us with knowledge of all that we saw.

David Hoddinott was an excellent leader. It was obvious he had devoted a lot of preparation time studying the birds and learning their vocalizations. I was very impressed with his knowledge. I’d love to go on another tour with him some day.

Can be linked with: Morocco - Atlas to Sahara 2023