Turkey, a country the size of Texas, is a spectacular avian and cultural crossroads. This fascinating nation boasts an ancient history, from even before centuries of Greek Roman and Byzantine domination, through the 500-year Ottoman Empire and into the modern era. Needless to say, with such a pedigree the country holds some very impressive archaeological and cultural sites. Our tour of Eastern Turkey starts in the eastern city of Van, formerly known as Tuspa and 3,000 years ago the capital city of the Urartians. Today there are historical structures from the Seljuk and Ottoman periods, and Urartian artifacts can be seen at its archaeological museum.

However, it is the birds that are of primary interest to us as here, at the eastern limits of the Western Palearctic, we expect to find some very special and seldom-seen species, including Caucasian Chiffchaff, Green Warbler, Mongolian Finch and Grey-headed Bunting. Around the shores of Lake Van we will seek out Moustached and Paddyfield Warblers in the dense reed beds, while on the lake itself, our targets include Marbled Teal, the threatened White-headed Duck, Dalmatian Pelican, Pygmy Cormorant and Armenian Gull, plus a selection of waders that may include Terek and Broad-billed Sandpiper. As we move further north-east into the steppe and semi desert areas, we will attempt to find Great Bustards and Demoiselle Cranes, with a potential supporting cast of Montagu’s Harrier, Steppe Eagle, the exquisite Citrine Wagtail and Twite, to name but a few. In the mountains our targets will include two very special birds: Caucasian Grouse and Caspian Snowcock! With luck, we will also pick up Velvet Scoter, Bearded Vulture, Wallcreeper, White-winged Snowfinch and Asian Crimson-winged Finch. In the region’s woodlands and farmland we will be on the lookout for a variety of woodpeckers and Red-breasted and Semi-collared Flycatcher.

Other species that we may encounter on our route include Ferruginous Duck, Black Stork, White-tailed and Eastern Imperial Eagle, Little Bustard, several species of larks, Radde’s and Alpine Accentor, White-throated Robin, Sombre Tit, four species of nuthatch, including the near endemic Krueper’s, and Pale Rockfinch. This adventure through fascinating, historic Eastern Turkey offers great birding in often stunning scenery, all at a fairly relaxed pace. The tour is complimented by welcoming people, delicious local cuisine and comfortable accommodation, and is sure to be a thoroughly enjoyable birding and cultural extravaganza! 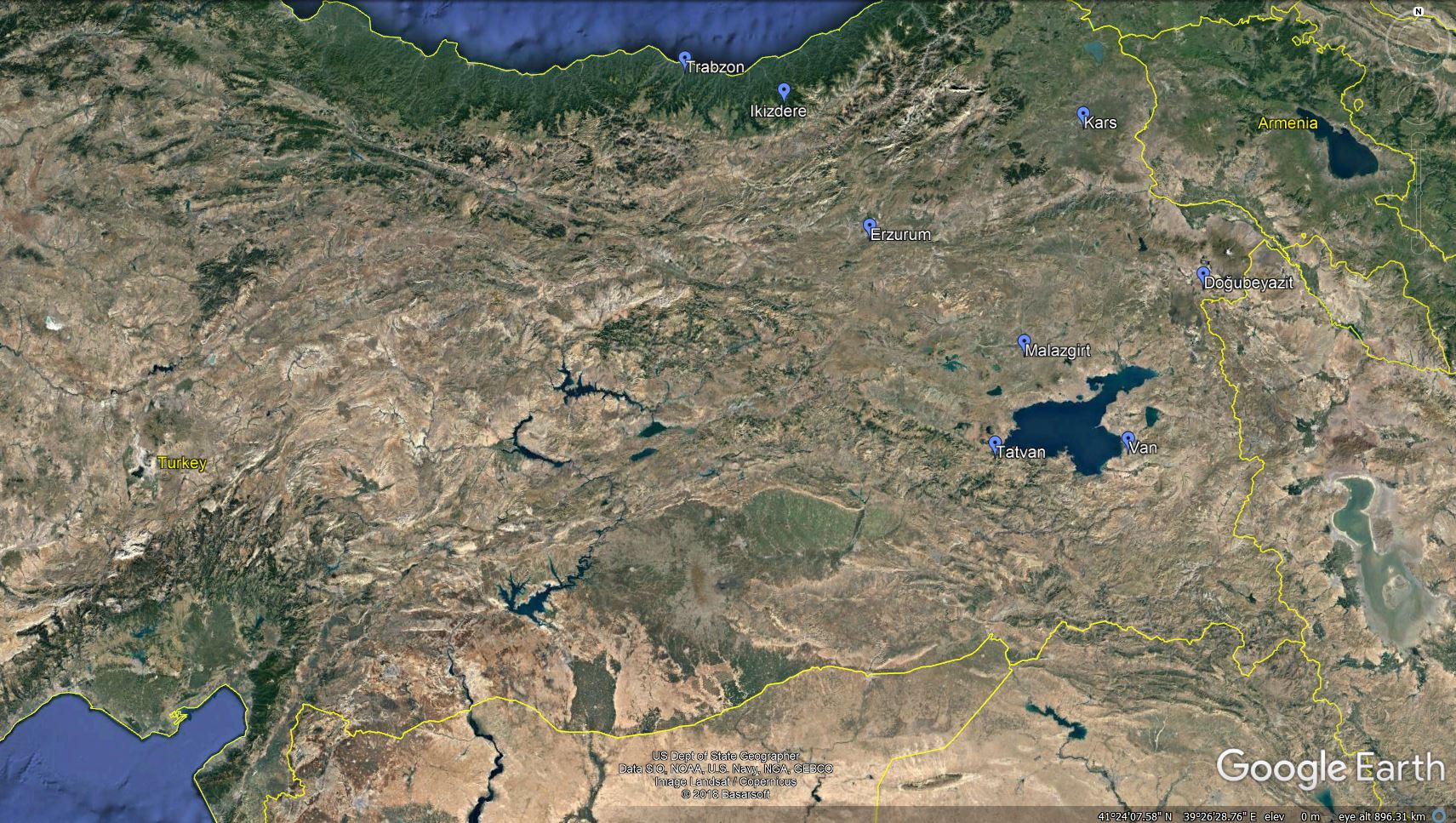 Andre, our guide, has such an infectious nature, which had a huge positive effect on our stay. His incredible knowledge of birds was indeed humbling. A birder's paradise and a guide passionate about birds and nature - what more could one ask for?

Dennis Yong was certainly knowledgeable on his birds and all other wildlife. I have to hand it to him, he has YEARS of experience and it shows.

Adam Walleyn did a fantastic job organising the rest of the tour when Erik had to leave due to illness. I really appreciated his hard work and determination; for example: even though he had never been to Samoa before, his logistical work enabled us to get great views of some very difficult and unexpected species (Samoan Triller, Blue-grey Noddy).

Rockjumper's office staff continue with their excellent high level of client services. Prompt, concise and courteous replies are a trade-mark of the Rockjumper staff.