August is a great time to visit the birding hotspots of southeast Arizona. The majority of specialty species are present with certain tricky species like Montezuma Quail and Botteri’s and Cassin’s Sparrows being easier to find as they become vocal during the onset of the monsoon breeding season. In addition, it is peak hummingbird season and the resident hummingbirds are augmented by migrants with up to a dozen species possible (10 are very likely). These jewels of the avian world can be studied in great detail at various feeder setups that range from the riparian areas to the foothills, making southeast Arizona the hummingbird capital of the United States.

It is also possible to see the vast majority of specialty species during August, including Zone-tailed and Gray Hawks, Mexican Jay, Arizona Woodpecker, Thick-billed and Tropical Kingbirds, Sulphur-bellied, Dusky-capped, and Buff-breasted Flycatchers, Greater Pewee, Northern Beardless-Tyrannulet, Mexican Chickadee, Black-capped Gnatcatcher, Bendire’s Thrasher, Olive Warbler, Red-faced Warbler, Painted Redstart, Abert’s Towhee, Rufous-winged Sparrow, Yellow-eyed Junco, and the stunning Elegant Trogon. We will also venture forth at night to look for the various species of owls present in this corner of the Grand Canyon State. During August, the owls have finished nesting and tend to be less vocal (thus a bit trickier to find), but we still have excellent chances for Whiskered and Western Screech-Owls and Great Horned Owl. With great luck we might find Spotted Owl on a day roost and we will always keep our ears open for the call of the Northern Pygmy-Owl. We also have good chances to see a variety of mammals during our day and night excursions including Black-tailed Jackrabbit, Cliff Chipmunk, Rock Squirrel, Mexican Fox Squirrel, Coyote, Hog-nosed Skunk, and Collared Peccary.

August is also a great time to witness the onset of fall migration with flycatchers and warblers passing through plus a wide variety of species typical of the southwest desert region. Additionally, we will try to track down any Mexican rarities that may be present (August is a great time of year to locate post-breeding dispersers from Mexico), such as White-eared Hummingbird, Rufous-capped Warbler, Flame-colored Tanager, or Streak-backed Oriole, all of which are possible. 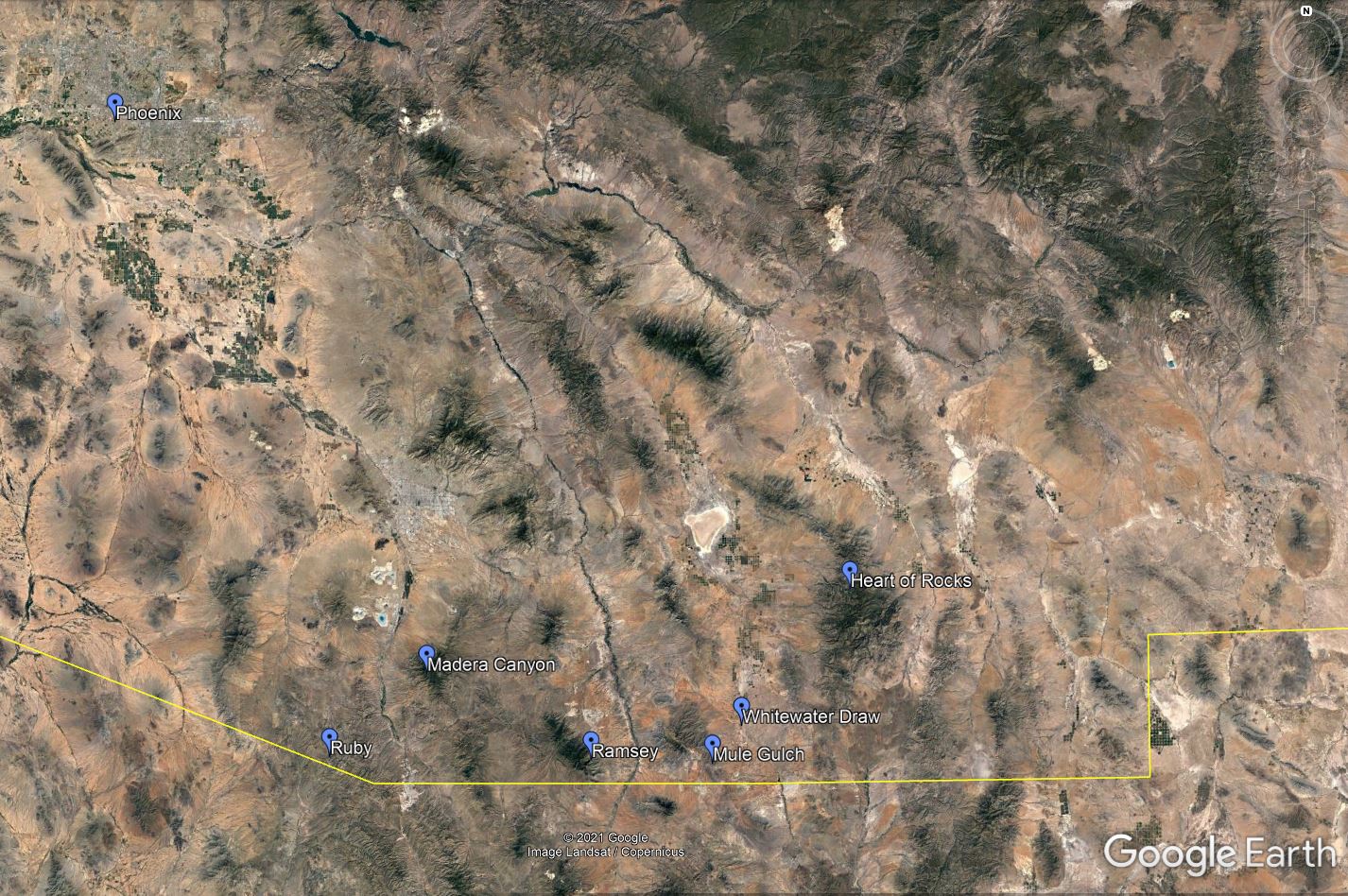 The group saw 24 warblers (me 21) & I was elated!! Not to mention all the other quality birds. Stephen was superb. There were 13 of us & tho a high count of clients by RBT standards, it worked very well-we were lucky too-a fallout. Thanks Stephan thanks RBT.

Stephan Lorenz is a fantastic guide. I chose this tour for the itinerary and for the length of it. Stephan had designed the tour based on his extensive knowledge of the birds in the area, so we ended up seeing a variety of habitats and lots of birds. He is a superb naturalist with a solid academic background and knowledge of many taxa - herps, fish, mammals, plants - in addition to birds. He was good at dealing with the variety of participants, getting everyone on the birds and allowing photographers good opportunities for taking photos. He also handled the various emergencies of the trip with calm.

Stephan and Claudia are a great team: Stephan is simply amazing hearing, spotting and helping all get on the relevant bird(s). As the only non-master birder and the oldest person on the trip, I thought that they both were helpful, careful and mindful of the needs of me and each of the group. Claudia often got on the bird as quickly as Stephan spotted it. The group worked for the best interest of the group. .... During a pandemic, the group acted responsibly and carefully.

Stephan was a great birding guide and tour manager. He knew his patch and worked tirelessly to find and ensure all participants had good birds views. He located all the key 'target' birds. He and his partner produced great al fresco dining and ensured all arrangement worked well, not easy in these COVID impacted times. As always with RJ, I had a most enjoyable trip and satisfied my birding wishes. Well done RJ and Stephan/Claudia. Than you all.

Stephan & Claudia were so hardworking, friendly & fun! And I feel their personal efforts made a huge impact for our first ever RJ birding tour, a success.