This tour is offered in partnership with Ventures Birding Tours.

For most, Kansas evokes images of sprawling wheat fields, tornadoes, The Wizard of Oz…and little else! But if you look beyond the stereotype, you may be surprised to discover that ‘The Sunflower State’ is a place of breathtaking beauty, spectacular sunrises and sunsets, and exceptional birding. Situated on the Central Flyway, Kansas’s collection of prairies, wetlands, and woodlands provide vital habitat for an astounding number of migratory birds every spring and fall. Two of the world’s most important waterfowl and shorebird stopover sites (Quivira NWR & Cheyenne Bottoms) are here, and its Midwest geography means that the 460 species recorded within the state are represented by a nice mix of both eastern and western birds.

November is a great time to visit with huge numbers of geese, ducks, and other waterbirds like Sandhill Crane, Franklin’s Gull, and American White Pelican congregating at various wetland refuges and lakes across the state. In some years, the sheer number of birds at these stopover sites can be mindboggling, with some single day estimates for species such as Snow & Greater White-fronted Geese reaching upwards of several hundred thousand! Our tour is timed to give participants a good chance at witnessing some of these huge numbers of birds at the refuges before it gets too cold, in addition to a number of species of interest such as Long-eared & Short-eared Owls, LeConte’s Sparrow, Whooping Crane, Prairie Falcon, Ferruginous Hawk, and Greater Prairie-Chicken plus more common beauties like Mountain Bluebird and Harris’s Sparrow. We will even have a chance to see both American Bison and Pronghorn on this trip!

Available spaces may be different to those advertised on our website. 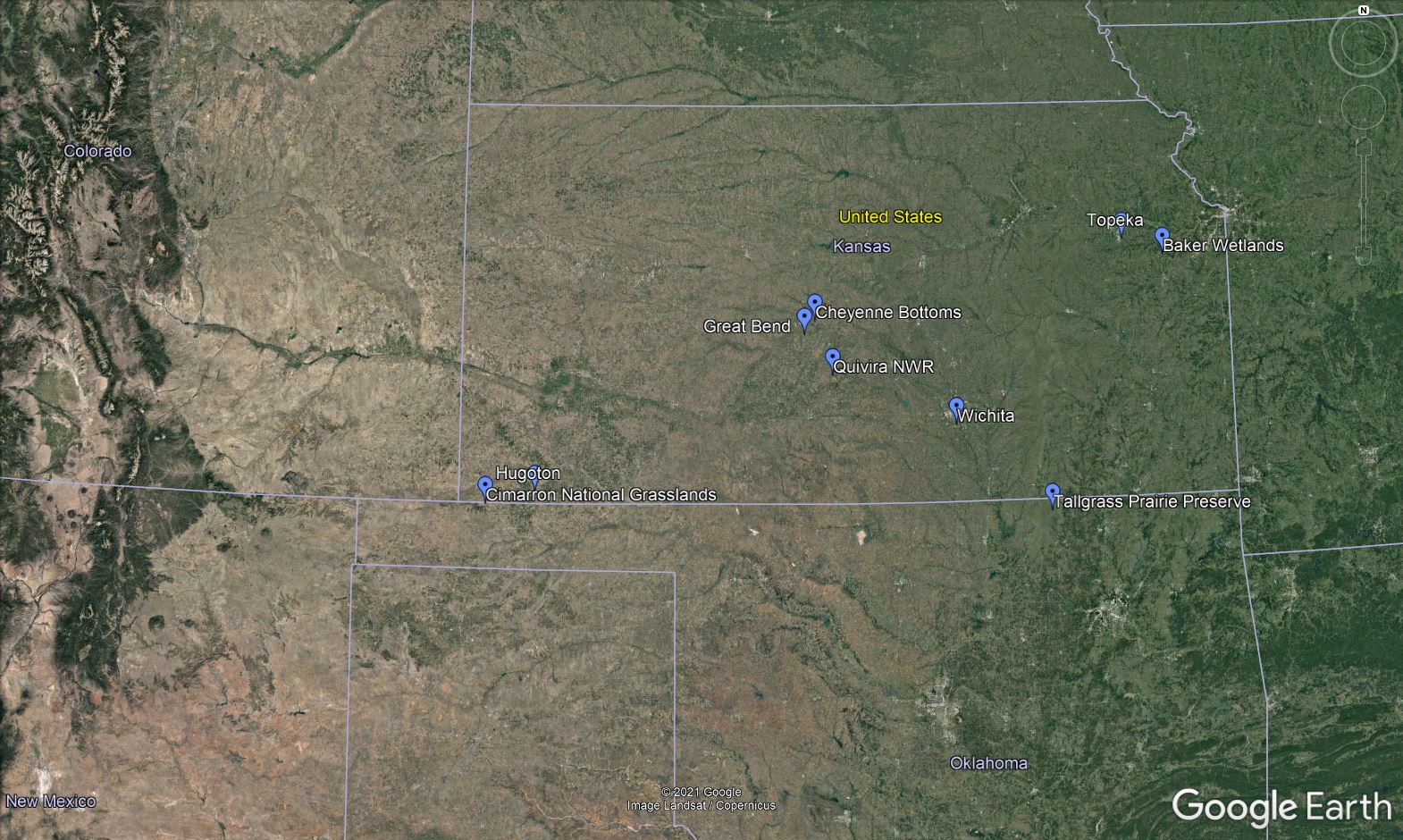 Both Stephan and Claudia gave attention to my desire to get good photographs.

Adam Walleyn was an excellent guide. Very knowledgeable, helpful and he worked very hard to find the birds and take care of the many logistical matters. I would gladly tour with him again.

I just wanted you to know that the trip to Texas with Stefan and Claudia went fantastic. The birding was unbelievable and the logistics to pull that all off in such a large state as Texas were near flawless. Stefan is an amazing birder and his persistence and patience made certain everyone got on the birds; the views were amazing. Claudia was a great help for him and was fantastic at quickly getting the scope on the birds as well. It was all wonderful Rockjumper birding until you drop at its finest! On side notes, the food was great.

Stephan & Claudia were so hardworking, friendly & fun! And I feel their personal efforts made a huge impact for our first ever RJ birding tour, a success.

It really was a great trip with some difficult developments handled well. Flights out of Barrow were cancelled due to fog and Leader Stephan Lorenz and Claudia worked hours to get booked on a replacement charter flight by Alaska air. While doing so Stephan also added birding drives which were productive. As usual on tours led by Stephan he persisted to track down every possible bird. I have done two tours with Stephan and Claudia and have been extremely pleased with there professionalism and dedication to providing a satisfying experience.