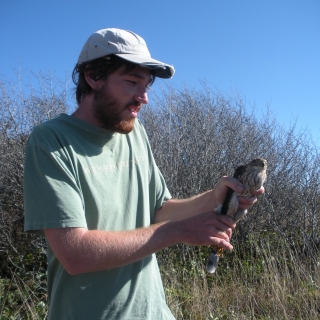 Aaron has been interested in birds and natural history his entire life. Originally from Wilmington, NC, Aaron holds a B.S degree in General Biology from the University of North Carolina at Asheville, and has worked numerous ornithological field positions in North Carolina, Texas, Kansas, California and Arizona, focusing primarily on endangered or imperiled species (such as the Black-capped Vireo and Lesser Prairie Chicken).