An Update on McCaw – Our North Island Brown Kiwi 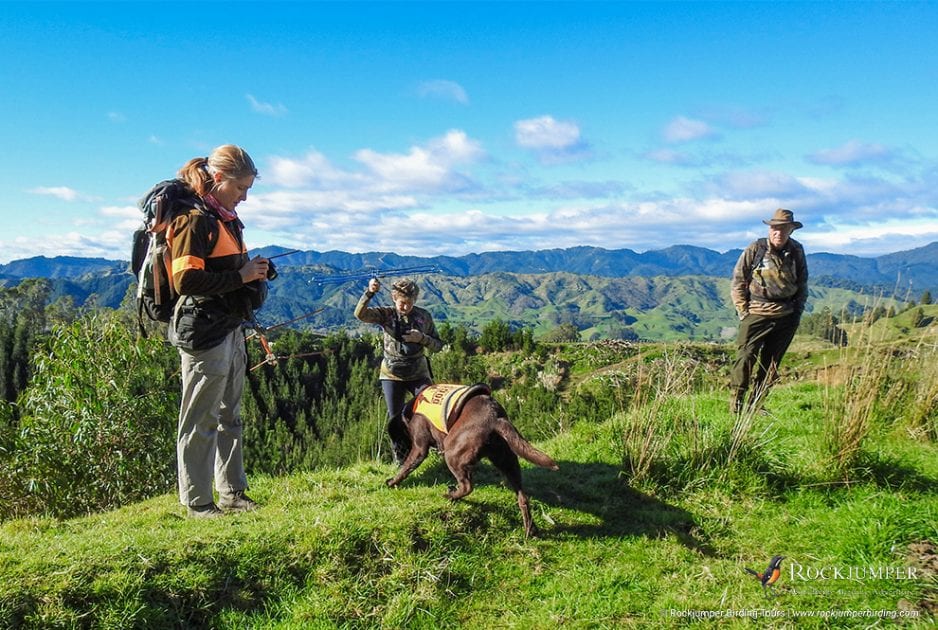 It has been two years now since we sponsored McCaw (a North Island Brown Kiwi named after a former New Zealand rugby captain) with a radio transmitter collar for research. In partnership with the Whakatāne Kiwi Trust, we are hoping that the data from McCaw will assist in better understanding these birds and improving their habitat.

On the 27th of June, 2018, Rockjumper guide, Erik Forsyth, along with Bridget Palmer from New Zealand’s Department of Conservation and Ken and Sue Laurent (volunteers from the trust) set out to track down McCaw. The goal of the mission was to give him a general health check and replace his current transmitter with a new one.

The group managed to track him down to a hole in a steep hillside that was surrounded by a mix of exotic trees. What they found was a fantastic surprise: McCaw was sitting on an egg, and would continue doing so for the next 2 and a bit months (males incubate eggs for up to 80 days)! As a result, the group were unable to complete the mission, and will therefore return mid-September – once the chick has hatched – to place a new transmitter on McCaw.

Fig is McCaw’s daughter from last year (2017). After hatching, she was taken from the burrow and released on Whale Island (predator-free) where she will feed and live until she is a year old. Because young kiwis have a better survival rate on the mainland when they get older, she will then be returned to the area where she was born.