How I got my bogey bird 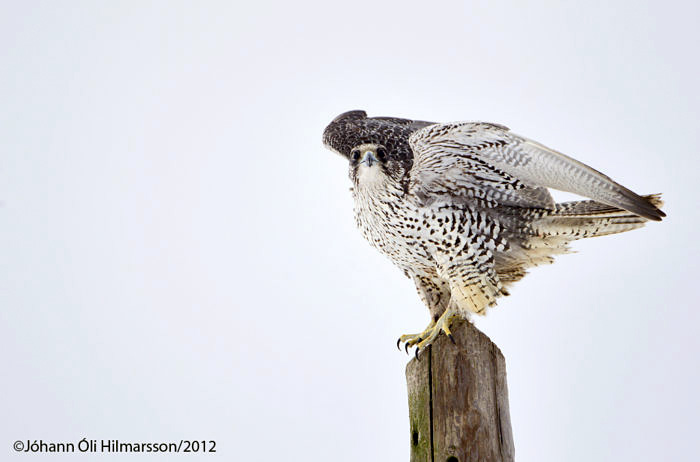 During the course of one’s birding career, passion, or hobby, specific desires and goals arise. A desire to visit this park. A desire to see that country. A desire to see some particular bird. While the majority of those desires are achieved with (one can hope) relatively little resistance, there is always “The One”. The One that got away. For birders, it’s the Bogey Bird, also referred to as the Nemesis Bird.

Nemesis birds aren’t those critters that were nearly missed on the first attempt, or simply proved to require more effort than anticipated. Rather, Nemesis birds are those that, time after time, attempt after attempt, utterly refuse to yield to any will, or effort, you can muster. To gain true bogey status the species must be seen by your peers, your birding buddies; in my case, even non-birding relatives! Practically everyone to whom you complain about this enigmatic, elusive, seemingly non-existent species that you fail to observe has not only seen it…No! They have photographed it, been defecated on by it, and even had it over for afternoon tea. Yet you, despite all your experience, desire, and frustration with the Gods, who are apparently affecting a personal vendetta against you, sit at home with your field guides, birding guides, eBird alerts, and .pdf Trip Reports (each and all of which detail in excruciating agony the fabulous views their party managed) with not even a whiff, a glimpse, nor a witty anecdote to contribute. You are beyond witty anecdotes. You are dumbfounded. Such is the Nemesis Bird.

My bogey bird, my nemesis, was the Gyrfalcon. On a very wintry day on the bleak Llano Estacado plain of northern Texas, Gyrfalcon entered my mind. Because it is the largest falcon on Earth, and the only all white one (!!), as a young birder I became keenly interested to see this bird. It was during a Varied Thrush chase (twitch for my Texas list), I heard that one had appeared on a water tower very near to our location. At this point in my life, I had never been north of Nebraska, USA. This translates to me never actually having a real chance of encountering this impressive Arctic denizen, and therefore forcing it out of my mind. All of a sudden, it was possible!

We dipped. We drove 200 miles. Stopped once for gas and snacks. We waited for 5 hours. We checked into a motel room 30 miles away. We drove back the following morning. We waited for 8 hours. We skipped lunch. Finally, heads down, we began the 6-hour drive home. This was the first time in my life of birding that I felt dejected, and wish I had never had the silly notion of a Gyrfalcon. Much to my dismay, the bird in question showed up 20 minutes after we drove off. It stayed four days. I drove back up to look for it the following weekend. It was never seen again.

I awoke one morning in Copenhagen, several years later, with high hopes of seeing a Gyrfalcon in not one, but TWO different countries in one day!!! We started out early for the beaches of Moen Island, Denmark, where we heard it had been passing some time, chasing gulls. The Gyrfalcon we were stalking flew across the channel often, to terrorize gulls and waterfowl in Sweden, spending time hunting in both Denmark and Sweden daily. Numerous sightings of this “Snow White” were had by hundreds of birders on either side of the channel. Things were looking up!

3 days later, 3 return ferry trips (both ways = 6 times on the ferry) later, 7 partially eaten gulls and ducks (with no sign of the predator responsible for the gore), and 1 slightly annoyed significant other who was sincerely hoping I’d be spending more time with her (rather than staring down every beach in Southern Sweden longingly) and a realization slowly befell my cloudy, brooding mind: I had finally met my Nemesis.

3 years later and I was headed to the Bering Sea. Given Gyrfalcon’s dexterity at sea, I reckoned one would certainly show up. I was going to be living on an Aleut Island for 4 months. How could I miss it? And I saw some birds on that wonderful island. Lesser Sand-Plover, Long-toed, Temminck’s and Little Stints, Jack Snipe, Ross’s Gull, Common House Martin, Pacific Swift, Gray-streaked and Siberian Flycatchers, Siberian Rubythroat, Taiga Flycatcher, the parade of rare vagrants blown in from Asia was astounding!!! However, not a single Gyrfalcon appeared on St Paul Island. Granted, there was a gray morph Gyrfalcon not 16 miles away on neighbouring St George Island that stayed there for two weeks, during the worst of the Spring’s weather. I suppose the puffins taste better on that island than on St Paul. I received several photos of that bird, from a colleague working on St George. They were practically selfies with the bird. As I scrolled painfully through the photos I thought to myself that I would, heretofore, strike Gyrfalcon from my mind.

Montana is now my home, and it is gorgeous. Summers are especially attractive, with 80F daily temps in stunning glaciated mountains carved by crystalline alpine streams. The winter, however, is difficult. We like it that way – keeps the riffraff away. Bohemian Waxwings group in impressive numbers (topping 1000 in a flock, on occasion!), Great Gray Owls come down into the flats, and rosy-finches of all sorts come to visit feeders. Overall, though, winter can be long, and leave a birder feeling a bit thin. So it was, sometime in early 2012, that I found myself passing a cold winter’s day looking for Snow Buntings and Lapland Longspurs. Mixed flocks of these, mingled with Horned Larks, are great fun to watch. The swirling masses move about in what seems a melee one moment, only to congeal in perfect harmony the next. At one point I was about to depress the shutter button on a gorgeous, extremely obliging Snow Bunting, when the whole flock exploded up in a blinding swirl. Several expletives came to mind, as I had just spent the better part of an hour failing utterly to capture either a longspur or a bunting in a pose resembling anything other than mangy and/or discombobulated. A dark streak bulleted through my periphery. A Cottontail Rabbit bolted. The two met at a point on the ground just beyond a parked, covered Harvester. No Peregrine I’m familiar with would ever go after a rabbit. They prefer waterfowl. It could’ve been a Prairie Falcon, of course, but this bird seemed dark, and large. Too fast and sleek for a Red-tailed Hawk. I ran up the road to get a view beyond the Harvester.

Over the course of the next 3 minutes I watched a gorgeous BIG female Gyrfalcon slay the rabbit, fly over to a nearby fencepost with it, and devour it. Years of effort, water tower vigils, freezing ferry rides in distant countries, and blustery Bering Sea Islands were instantly and thoroughly forgotten. As the Gyr devoured the Cottontail with her beak, I was devouring the Gyr with my eyes. Soaking up the heft and bulk of this majestic beauty, it was not until a pair of ravens came in to harass and flush the Gyr that I realized I had also forgotten the camera hanging from my neck. I stood there for a good thirty minutes, wishing the Gyrfalcon back. The snow started up, wind kicked in, and I finally surrendered a smile to serendipity. A curse was lifted. More than that, I felt that familiar kinship with nature and the Earth that I feel when, without forethought or planning, I am blessed with such an exquisite encounter.

The Gyrfalcon seemed oblivious to my presence. It was definitely too involved in eating to acknowledge my elation. But, as it so often happens, this individual apparently spread the word that the weirdo in the White SUV braving Montana blizzards for crummy photos is, in fact, OK. Every winter since that one, I’ve seen a Gyrfalcon in Montana. Sometimes I travel farther afield to see one, while other times I’m back home before brunch. Every time I see one I remember: there was a life before Gyrfalcon, and it was fine. But life post-Gyr is certainly a bit rosier.