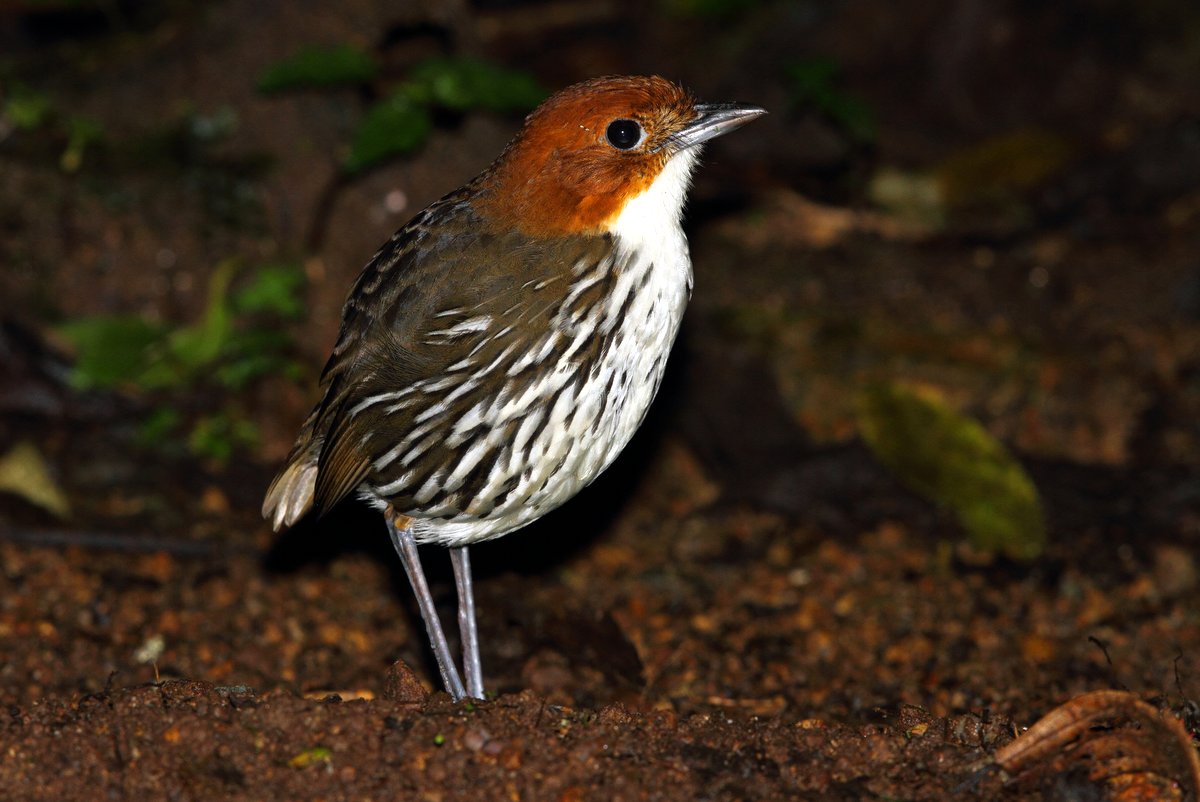 Often inhabiting forests with dense understory vegetation, the secretive habits of antpittas have rendered representatives of this unique bird family to be among the most sought-after species in the world. Although many are relatively easy to detect by their distinctive voices, actually seeing these mega-skulkers is an entirely different matter… until now. Most birders have heard of antpitta feeding sites in Ecuador, but the practice of luring these reticent denizens into view has met with its greatest success for species diversity in the country of Colombia. In fact, with several forms yet to be described, Colombia hosts more antpittas than any other nation, with nearly 30 species recorded! There are now several sites here, ranging from the endemic-rich Santa Marta Mountains to numerous reserves peppered throughout the Colombian Cordilleras, where antpittas regularly visit worm-feeding stations. Perhaps the most incredible, however, is a site in the Central Andes only a short drive from the city of Manizales at a preserve called Rio Blanco. Here the local lodge-keeper and environmentalist named Albeiro, daily makes his rounds with fresh worms at sites he has prepared for visiting birders. Sitting quietly while he gently places the worms and whistles into the forest, it doesn’t take long to see results – the endemic Brown-banded Antpitta practically hops across your feet, Chestnut-crowned Antpitta poses delightfully for photos; while other regular visitors include the tiny Slate-crowned, Chestnut-naped, and endemic Bicolored Antpittas, sometimes only a few feet away. Chestnut-naped Antpitta photographed at Rio Blanco by Adam Riley
Combining visits to antpitta feeders and birding time in the field, while leading my most recent Rockjumper tour through Colombia we observed a whopping 13 antpitta species! Antpitta feeders are just one amazing aspect of birding in Colombia since it is, of course, the most bird-rich country on earth. Along with Rockjumper’s highly successful comprehensive tours through Colombia searching for Andean endemics, we now also offer a shorter Colombia Highlights tour that is very comfortable while still allowing an excellent overview of the countries’ birds.