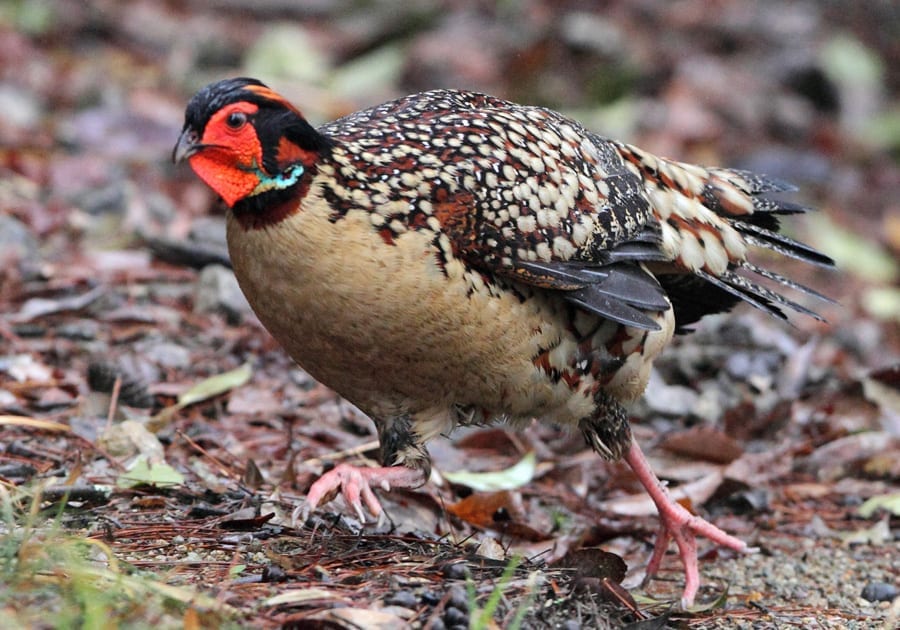 While scouting out areas of southeast China for future Rockjumper tours, David Shackelford has become the youngest person on earth to see 8,000 bird species! He was hiking in the remote forests of China’s Wuyishan Mountain Range when he found the rare Cabot’s Tragopan, one of Asia’s most impressive pheasants and exquisitely decorated with a unique combination of intricate orange, black and white. Preferring the higher tracts of pristine forest and mature bamboo at nearly 2,000 meters in elevation, few birders have ever laid eyes upon this enigmatic species or other specialties he encountered on the route, including the endemic Elliot’s Pheasant, the poorly-known White-necklaced Partridge and the critically endangered Chinese Crested Tern. David said it was thrilling to observe the male Cabot’s Tragopan, but that ‘sharing these adventures with others is still undoubtedly my favorite part of the travel’.