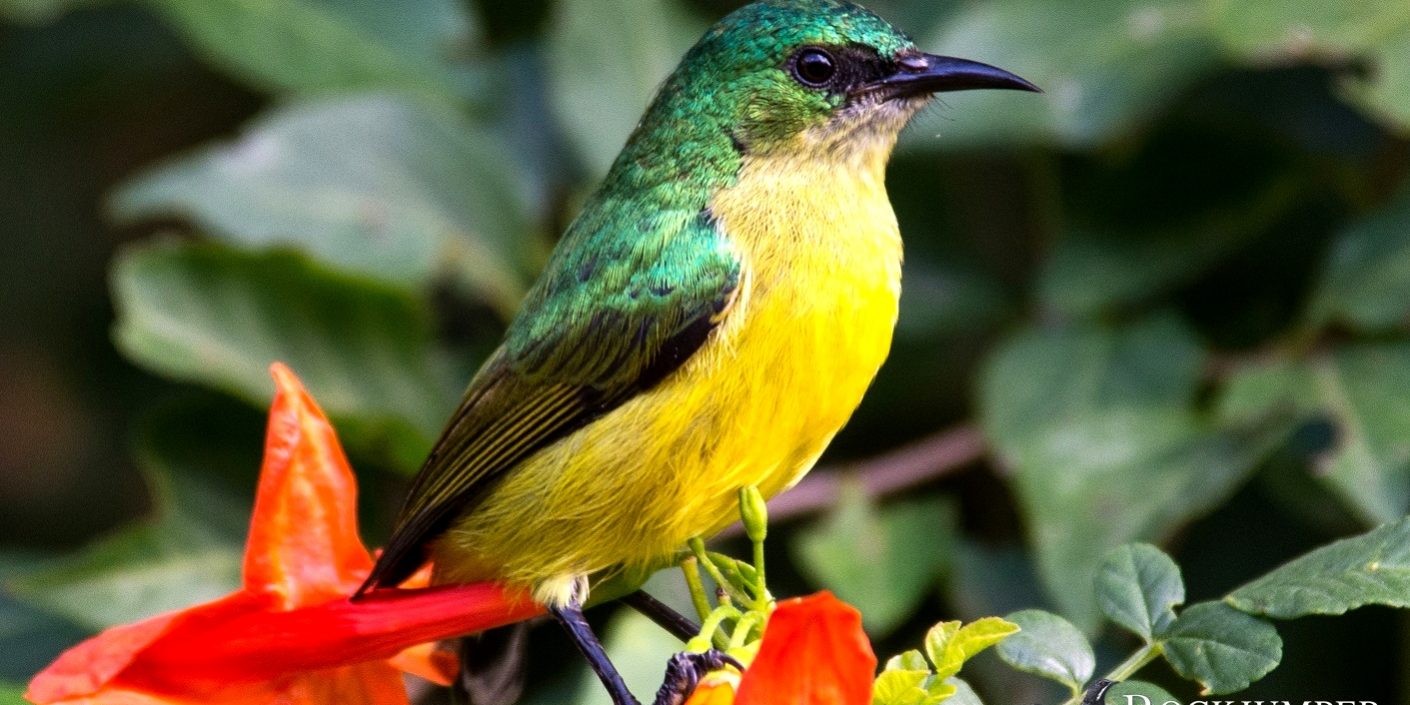 With a bit of free time on hand, I decided to visit some familiar and new birding areas in South Africa. The trip started in Cape Town and ended in Durban.

The first day of the trip took me along the West Coast, on the N7 – known as the Diamond Route; it was developed by De Beers as a way to redress the balance between the extraction of natural resources and sustaining the ecosystem – stopping overnight at the Copper Mining Town of Springbok.

The following day, I drove along the N14 in the direction of Augrabies Falls, passing a small town named “Pofadder” (Meaning Puffadder; a highly venomous snake found all over South Africa). The real highlight of this section of the road was managing to locate a pair of Pygmy Falcons, which were near a large Sociable Weaver nest. I almost missed them, as they were initially hidden by the white insulators of the telephone poles!

Visiting Augrabies Falls National Park was also fantastic; I had the entire falls to myself, probably because I was there out of holiday season. Even though the water level in the Falls was not very high, a Peregrine Falcon trying to catch one of the many Speckled Pigeons flying around the gorge made it more enjoyable. Some other highlights in the park were Orange River White-eye, Ashy Tit, Karoo Long-billed Lark and the beautiful Swallow-tailed Bee-eater.

My next stop was at a private lodge just outside Kimberley (the city where I was born), and before I even entered the park I was inundated with multiple sightings of Black-faced Waxbills and Crimson-breasted Shrikes. The birding here was great and even though it was freezing, on a night drive I managed to get a short look at an Aardvark.

My travels then took me to Magoebaskloof, where I was entertained by the resident African Wood Owls calling for a good part of the night. I woke up the next morning to the harsh call of the Knysna Turaco.  Over the next couple of days, I travelled through Tzaneen, Hazyview, Pilgrims Rest, Graskop and Wakkerstroom, eventually arriving in KwaZulu-Natal, where I visited a reserve called Spioenkop. Besides its history involving a two-day battle during the Anglo-Boer War – with the Boer taking the victory – the Reserve offered a nice route where one can see some general game, such as Plains Zebra, Giraffe and Blesbok, and I even managed to hear Shelley’s Francolin calling here.

The final part of the trip took me to St Lucia. It had been a long time since I had seen this area with so much water. I visited Hluhluwe-Umfolozi Game Reserve twice and managed to see good numbers of game and great birds, such as Yellow-throated Longclaw, Black-crowned Tchagra, Collared Sunbird, Long-crested Eagle, African Harrier-Hawk, Gorgeous Bushshrike and the stunning Purple-crested Turaco. Another interesting location I visited was the Ongoye Forest, and here I got long distance views of a Green Barbet and one large bird party consisting of a pair of Olive Woodpeckers, Dark-backed Weavers, Collared Sunbirds and an inquisitive Yellow-streaked Greenbul.

One of my favourite forest walks is along the Igwala-gwala trail in St Lucia; and on a cool morning, I got some fantastic looks at a few Livingstone’s Turacos and a male Narina Trogon – which is my favourite bird in South Africa! St Lucia is famous for the Hippopotamus that roam the streets at night, and I enjoyed watching them feeding on the lawn next to the pool of the lodge where I was staying. I decided to do one of the night drives on offer and we visited the Cape Vidal Reserve, managing to see Spotted Eagle-Owl, as well as many Buffalo, Hippopotamus, Flap-necked Chameleon and Porcupine.

After a few exciting days in St Lucia, I headed back down to King Shaka International Airport and visited the town of Mtunzini, where I was very happy to locate one Mangrove Kingfisher in the Umlalazi Nature Reserve. Mtunzini is well-known for its Palm-nut Vulture population that feed and roost on the Raphia Palms. Unfortunately, I had no luck in the town. However, just after passing through a toll booth, I spotted one vulture out of the corner of my eye and eventually saw four Palm-nut Vultures flying on the edge of the town.

Overall, it was a fun trip, covering around 5,500km, seeing great birds and some new areas. South Africa is such a special place and it was great to be a visitor again in my own back yard!