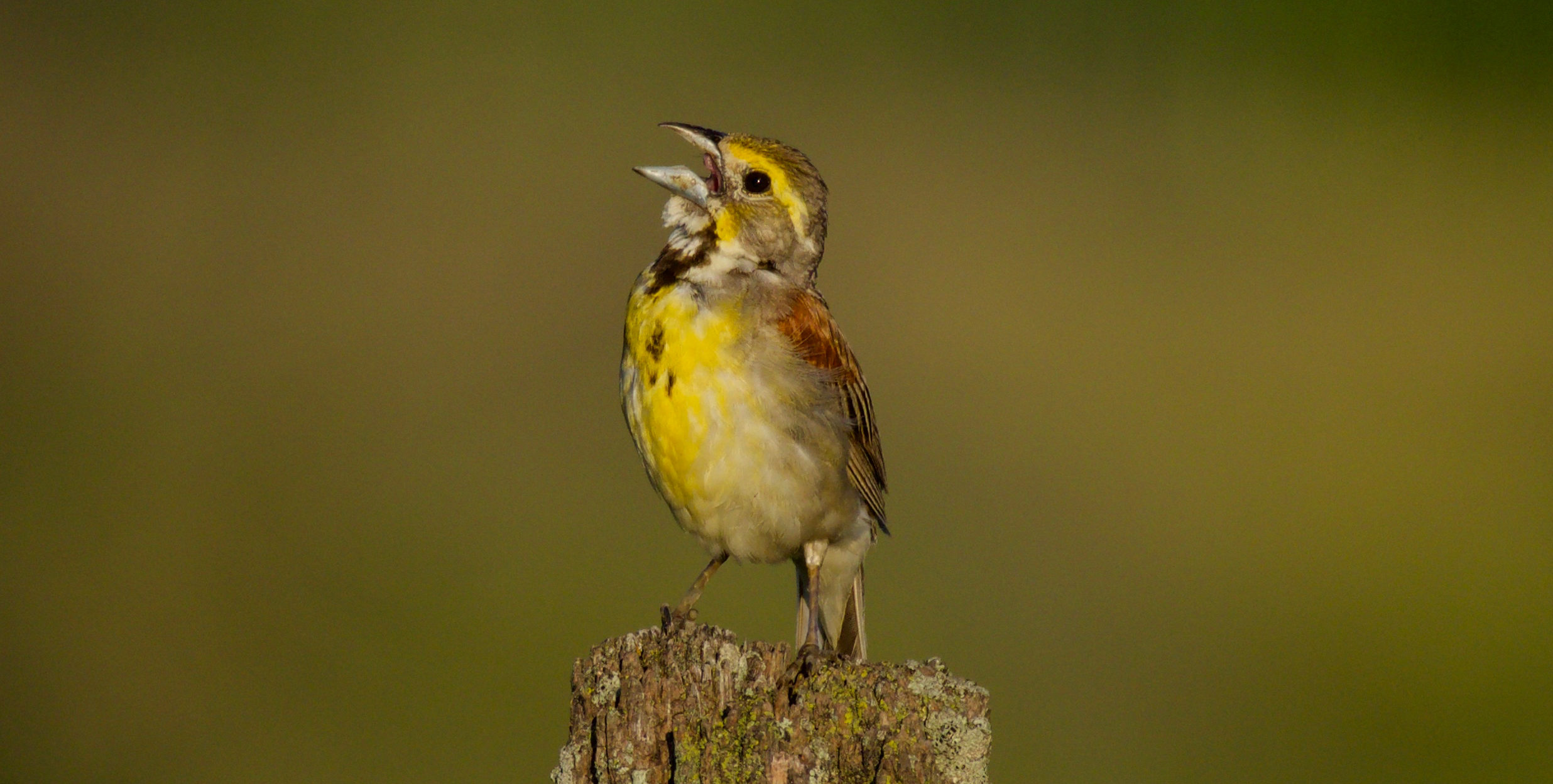 Text and photos by Bobby Wilcox

When one thinks of epic boreal summer birding destinations, Iowa likely doesn’t jump to the top of anyone’s list. In fact, the only lists it tops are:

1) Best places to see miles upon miles of the newest advances in feed corn hybrid technology.

2) The place that Americans learn to hate every presidential election year, after months of endless caucus coverage, and then promptly forget about for the next 4 years.

With about 98% of its pre-settlement habitat array of oak savannah, deciduous woodland and tallgrass prairie lost to agriculture, Iowa might seem like a pretty undesirable place to spend the doldrums of COVID summer. As luck would have it however, I’m hunkered down in a little island of the remaining 2% of Iowa paradise.

About 30 years ago, my family invested in a piece of land atop the bluffs overlooking the Mississippi Valley in eastern Iowa, right in the middle of a major migration flyway. Much of the land was already excellent deciduous woodland habitat, with deep ravines cutting into the bluff that were never suitable for agriculture. The rest was formerly corn and soybeans, but years of hard work and thousands of seeds have transformed it into a thriving tallgrass prairie teeming with birds, insects, and mammals.

The prairie, a mix of primarily Indian grass, Big bluestem, Switchgrass and abundant wildflowers, supports pure grassland birds like the declining Henslow’s Sparrow and Sedge Wren, multi-habitat specialists with a grass preference like Common Yellowthroats and Red-winged Blackbirds, and more edgy-type birds like Field Sparrow and Indigo Bunting who bounce back and forth between hedgerow, woodland edge and prairie, never quite deciding which they like best. The diversity of insects that call the prairie home provide a veritable smorgasbord for aerial insectivores like swallows (Bank, Tree, Barn, Northern Rough-winged and Cliff), Chimney Swifts and Common Nighthawks, and on any given late afternoon during the late summer, a mixed flock of all three numbering in the hundreds can be seen cruising low over the amber waves, fueling up for migration.

A trip into the dark and moist ravines of the deciduous woodland reveals a completely different suite of birds dominated by a mix of Neotropical migrant breeders and year-round residents. Some of the commonly encountered birds are summer visitors like the spectacular Yellow-throated Vireo and its more demure cousin the Red-eyed Vireo, blindingly orange Baltimore Orioles, lemon-breasted Great-crested Flycatchers (the sole representative of the widespread neotropical Myiarchus genus to breed in the eastern US), Acadian Flycatcher, canopy skulking Scarlet Tanagers and the lovely Summer Tanager, which reaches the northern extent of its breeding range in eastern Iowa. Add to this the haunting lilt of the Wood Thrush, the constant chatter of resident Red-headed and Red-bellied Woodpecker family groups and the occasional scolding outbursts of mixed Black-capped Chickadee/Tufted Titmouse/White-breasted Nuthatch flocks and there’s more than enough action to keep one sane until the airports reopen.

Interestingly, one must leave the friendly confines of ‘nice habitat’ to encounter another suite of birds that rarely, if ever, show their beaks in our prairie paradise. One must trudge through the safe barrier of the hedgerow, ignoring the warning mewls of the Grey Catbird and growls of the Brown Thrasher, emerging on the other side into a forbidding badland of mono-cropped corn and soybeans fading to the horizon. But dig a bit deeper and there are treasures to be found. A cow pasture with knee-high grass provides perfect habitat for Bobolinks and their burbling, robotic trills quickly draw attention to a displaying male and his harem of females. The overgrown roadside ditch is almost certain to produce a Northern Bobwhite and Ring-necked Pheasant. Powerlines sag under the weight of hundreds of swallows. Eastern Kingbirds twitter in the shrubs lining the fencerows and Eastern Meadowlarks flutter in and out of the grasses and regularly hop up on the electrical wires to belt out a mellow tune. Even the soybean fields reveal themselves to be the preferred habitat of the striking Dickcissel (pictured at the top), currently considered a member of the Cardinal family, but whose genetic affinities remain in flux. A nomadic species whose populations in a given area can fluctuate dramatically from year to year, the Dickcissel’s decidedly un-Cardinal-like song makes them easily detectible and in good years is an omnipresent soundtrack of farm fields and weedy ditches throughout the midwestern US.

So, all things considered, the dog days of summer in lowly Iowa turn out to produce some pretty fantastic birding…if you know where to look. And even on a slow day, there’s always migration to look forward to!!

To learn more about Rockjumper leader Bobby Wilcox visit his tour page. You can also listen to an audio interview with Bobby here, and be sure to check out his Dream Destinations webinar on Patagonia as well where he relates his experiences with Andean Condors, several Puma, and the critically endangered Hooded Grebe too.

If you want to learn more about the Henslow’s Sparrow (pictured below), take a look at RJ Leader Stephan Lorenz’s fantastic video on this furtive and seldom seen bird on the Rockjumper YouTube channel.