Hope for the Madagascar Pochard? 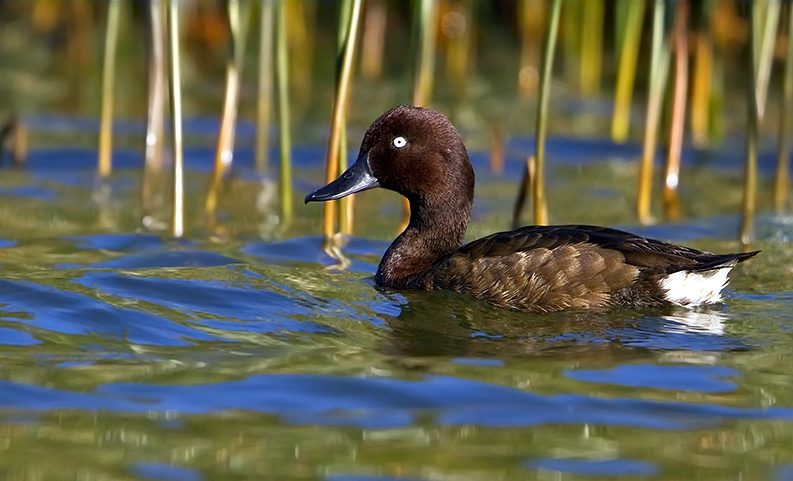 Rated as possibly the world’s rarest and most endangered bird, the Madagascar Pochard population has just increased by 30% with the hatching of 18 chicks at a specially built captive breeding centre in Antsohihy, Madagascar. Incredibly, this brings the entire world population to a mere 60 birds!

Led by the Wildfowl and Wetlands Trust (WWT) and the Durrell Wildlife Conservation Trust, the goal of the captive breeding programme is to help save these birds from extinction. In fact, the pochard was previously thought to already be extinct until their rediscovery in 2006, when 22 birds were found at Lake Matsaborimena in northern Madagascar, the only site where they are now known to exist. After this fortuitous discovery, the WWT and the Durrell Wildlife Conservation Trust began an emergency program with the intention of hopefully rescuing these critically endangered birds from a second “extinction”. They therefore collected 24 eggs from lakeside nests, which were subsequently hatched in a hotel bathroom while awaiting the final preparation of the captive breeding centre. The latest batch of chicks are descended from these initial hatchlings and symbolize the hopes of all those intrepid conservationists whose efforts and vision they now so poignantly represent.

In the words of conservation biologist Dr Glyn Young, who works with the Durrell Wildlife Conservation Trust and has spent many years studying the Madagascar Pochard: “The ducklings represent an incredible step forward in the fight to save the pochard from extinction…. The arrival of these ducklings has led to real hope that the birds can one day flourish again.”
Nonetheless, with such a small total population, the pochard still remains exceedingly vulnerable to extinction, whether in the form of pollution, disease outbreak or, as seems the case for their current predicament, a lack of available food.
According to the head of species recovery at WWT, Peter Cranswick, the lake is far from ideal as there is “too little food” for the birds, which might be the cause of the low survival rate of ducklings in the wild and hence their declining numbers. Nonetheless, scientists are still studying the remaining population in the hope of ascertaining conclusively the reasons for their decline as well as to determine the correct conditions under which to release them back into the wild. They are also hoping to either find, or possibly even create, further wetlands for the pochard that are free from invasive predators and interference from local fishermen. The intention is ultimately to create a safe haven within which the birds can flourish and proliferate on their own.
Other partners in this very noble endeavour are The Peregrine Fund (who were responsible for the rediscovery of the pochards), Asity Madagascar and the Madagascan government.
X