Hugh Chittenden honoured for his contribution to South African ornithology 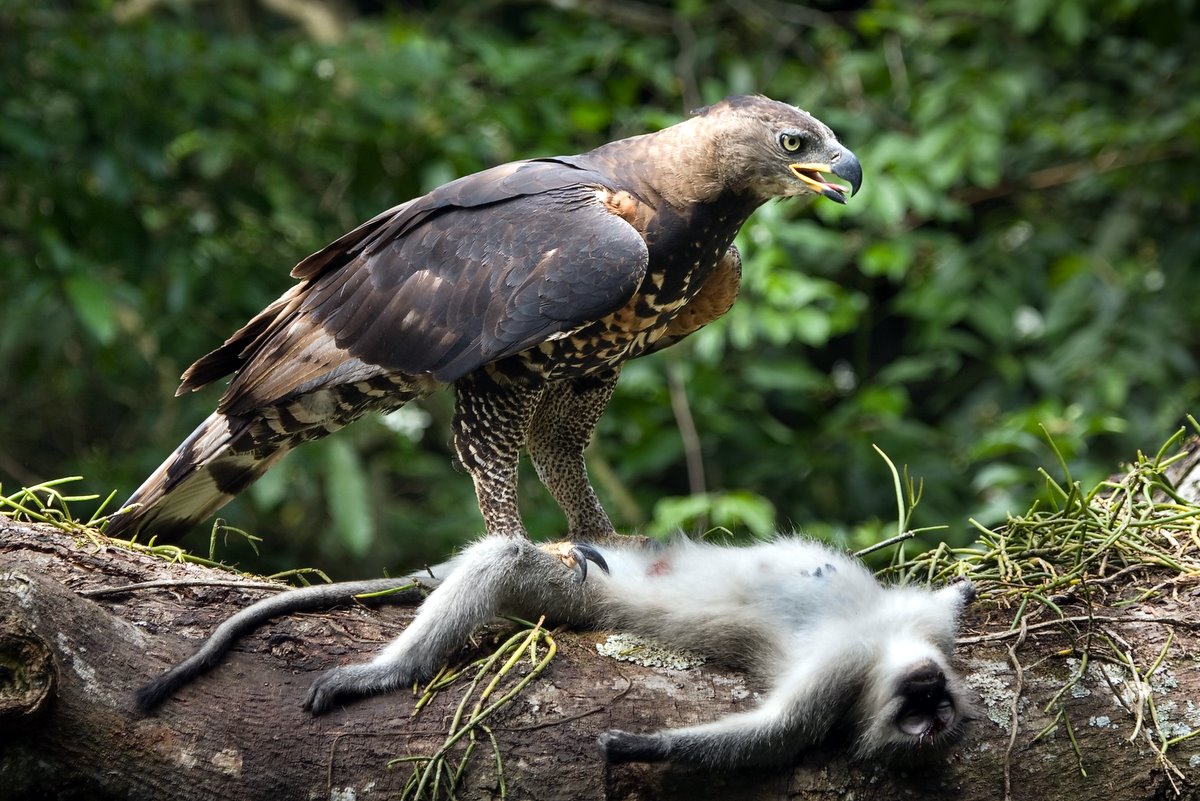 Hugh Chittenden is undoubtedly one of South Africa’s finest bird photographers and his work has graced the pages of many Southern African birding publications. Hugh is also a self-taught ornithologist who has spent countless hours in the field studying birds and publishing his fascinating findings thereafter. In recognition of his great contributions to this field, Hugh will be one of six African luminaries who will be having honorary degrees conferred on them by the University of KwaZulu-Natal in April 2012. For Hugh, the fact that he never attended university makes this accolade all the more special. Hugh Chittenden
Praising Hugh for his sterling efforts in increasing the public’s understanding of ornithology, the university called his knowledge “encyclopaedic”. However, according to Hugh, he is merely a retired horticulturist with birding as a hobby. In Hugh’s words: “This (the honorary degree) is a huge accolade for anyone. There are not many people in KwaZulu-Natal who have received it. I never went to university. When I was young I just wasn’t interested.”
For those who do not know, Hugh is currently chairman of the John Voelcker Bird Book Fund, which oversees the publication of all editions of Roberts Birds of South Africa. Hugh, who resides in the quaint town of Eshowe in KwaZulu-Natal, South Africa, is presently also making the final corrections to an illustrated guide on the subspecies and regional variations of southern African birds, which is scheduled to be published later this year. Other books that Hugh has authored or co-authored include Roberts Bird Guide: Kruger National Park and Adjacent Lowveld: A Guide to More than 420 Birds in the Region, which he co-authored with Ian Whyte, and Top birding Spots of Southern Africa.
On behalf of the entire Rockjumper team, we would like to congratulate Hugh on this excellent and very well-deserved achievement. Below is just a small selection of some of the many amazing images that Hugh has managed to capture over the years. Enjoy! Crowned Eagle with Vervet Monkey prey
Here’s an image that has done the rounds, and rightfully so. What an incredible photo! Malachite Sunbird
Some birds it is just impossible to ever see enough of, and this is definitely one of them. Arguably Southern Africa’s most spectacular sunbird, this image certainly does it full justice! Narina Trogon
One of the most striking of all African birds, this lovely trogon is very seldom witnessed like this is the wild. Buff-spotted Flufftail
Well, well, well. Merely catching a glimpse of this bird is difficult enough, but to photograph it like this is almost miraculous! A splendid image of a very special bird! Violet-backed Starling
This is another species that one simply cannot see enough of, particularly up close and in full sunlight, as with this wing-flagging male that Hugh photographed just outside his bedroom. Palmnut Vulture
This smart looking raptor breeds in the coastal town of Mtunzini, a short drive from Eshowe where Hugh resides. African Emerald Cuckoo
Wow! What more can we say – an amazing photo of an amazing bird! Jackal Buzzard
A brilliant capture of this very smart raptor! Livingstone’s Turaco
For obvious reasons, Hugh is justly famous for the clarity of his close-up shots of really beautiful birds. Just look at the detail on this turaco’s face – gorgeous! Green Malkoha with Hyperolius frog sp.
One of Hugh’s specialities is photographing elusive birds at their nests through the use of carefully positioned hides. This, in turn, allows us glimpses into their lives that we would possibly never otherwise obtain – such as this scene of an adult malkoha bringing a meal to its chicks. Painted Snipe
A bird that is seldom seen in the open like this, Hugh has certainly done the species full justice with this gorgeous portrait shot of a lovely female. Four-coloured Bushshrike
A stunning photo of a stunning bird; this is another species that is very difficult to see well, let alone photograph like this! Southern Bald Ibis
A really great shot of one of Southern Africa’s most sought-after endemics. Rudd’s Apalis
This very vocal and busy little bird is typically difficult to photograph as it bounces about doing its birdy thing – yet in this great image it almost looks as if it has intentionally posed for Hugh’s camera! Drakensberg Rockjumper
One of Southern Africa’s finest and most charismatic endemics, this fantastic image perfectly captures the essence of this very smart and proud looking species.
X