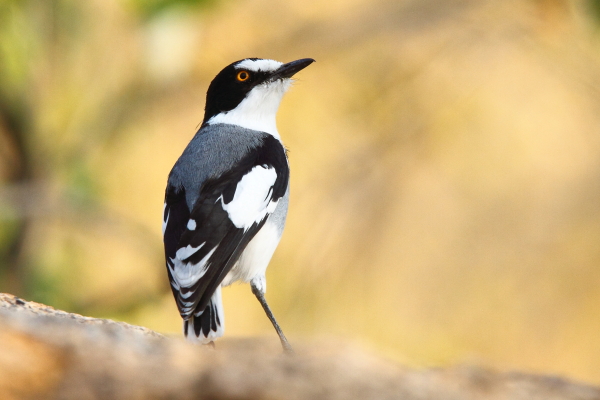 (This article first appeared on 10000birds.com)

Gaining independence in 1990, Namibia is one of Africa’s “newer” nations, although not quite as newborn as South Sudan which has yet to celebrate its first anniversary! Before self-rule it was administered by South Africa and known as South-West Africa. However, Namibia’s colonial history began earlier, in 1884 when it was annexed by the Germans. After a brutal colonization that included genocidal campaigns against the Herero (80% killed) and Nama (50% killed) tribes, the Germans lost control when South Africa invaded soon after the declaration of the First World War. The League of Nations thereafter mandated this huge block of land to South Africa to administer and autonomy was only granted after the protracted Namibian War of Independence that was fought between the South African defense force and Namibian freedom fighters based in Angola, Zambia and other neighboring countries. Interestingly, Walvis Bay, a port town on the central Namibian coastline was only ceded to Namibia in 1994 as historically it was occupied by the British and became an isolated add-on to South Africa’s Cape Province.

Namibia is politically stable and a safe country to visit offering spectacular scenery, untouched wildernesses, vast game reserves, superb wildlife and fascinating cultural experiences. It has the second lowest population density (6.6 people per sq mi) of any country in the world (Mongolia has the lowest). Namibia’s 2,1 million people are spread over an incredible 318,696 sq mi (nearly 20% larger land area than Texas). The main reason for this low population density is the fact that Namibia is an extremely arid country, containing not only the world’s oldest desert, the Namib, but also vast areas of semi-desert and dry savanna. Only in the far northern border regions with Angola and Zambia, where the mighty Okavango and Zambezi Rivers flow, is the country home to higher population densities. These wide open spaces have meant that Namibia still supports large volumes of wildlife, not only in its famous and expansive game reserves, but even on unprotected land. For instance, Namibia boasts the largest population of Cheetah in the world, many of which roam land that is privately owned. Over 700 bird species occur in Namibia, many of them range-restricted and highly desirable southern arid zone species.

Due to the unique Namib Desert and the high central plateau, numerous birds and other forms of flora and fauna are endemic to this region. However Namibia only has one true endemic bird, the Dune Lark, due to the fact that these specialized habitats just stretch over into remote southern Angola. However, Namibia also boasts 14 near-endemics, whose ranges are almost entirely restricted to this country and these 15 special birds are the focus of this blogpost.

This rather aberrant, long billed francolin is restricted to high-lying rocky mountains and escarpments from central Namibia to southern Angola. It is usually an extremely secretive bird and only readily found at very first light when family parties emerge onto the tops of boulders and utter their strange, shrieking choruses. This can last for just a few minutes before they scurry back into the rocks and seemingly disappear until the following morning.

Another noisy bird which is also found in small family groups, however, this species prefers lower lying, flatter and drier areas along the edge of the Namib Desert. This family group is performing their loud croaking territorial calls.

Africa is not endowed with as many parrots as other tropical lands, but what we lack in numbers we make up for in cuteness as in this delightful Rosy-faced Lovebird so clearly illustrates. These tiny parrots nest inside Social Weaver colonies and are restricted to arid areas of Namibia and surrounding drylands. This species is also known as Peach-faced Lovebird.

One of Namibia’s tougher specials to locate, these parrots often vanish into the riverine Acacia woodlands that they inhabit. Rüppell’s Parrots are best found by walking along the dry riverbeds that crisscross central Namibia, especially at dawn and dusk when the parrots are at their most active.

This large and attractive hornbill is not uncommon in the drier woodlands of central Namibia where they spend most of their time foraging on the ground.

A split from the Red-billed Hornbill group, the Damara Hornbill’s diagnostic characteristics include its clean white face and dark eye. This bird is busy calling, a strange, repetitive throbbing noise!

A recently described species that was first thought to occur only in the forbidden diamondfields of coastal southern Namibia, but now also known from the very north-western tip of South Africa. These larks prefer denser coastal scrub on flat land and can be devilishly difficult to observe!

Namibia’s only true endemic, the Dune Lark is not accurately named as its preferred habitat is actually vegetated dry river beds that run between the massive dunes of the Namib Desert in central Namibia. These are the highest dunes in the world and their red sand, which also covers these riverbeds, is matched by the lovely colors of this attractive lark.

This localized species became a Namibian near-endemic when the Long-billed Lark complex was split into 5 species. Benguella occurs from central Namibia (north of Brandberg Mountain) into southern Angola, preferring arid semi-deserts and rocky areas. This bird was putting its massive bill to good use foraging for grubs in the desert soil.

This pale desert lark can also be tough to locate, preferring the expansive gravel plains of the true Namib Desert where shy family parties scurry away like ghost crabs when approached. Finding these quaint birds in this unique habitat, shared also with the amazing Welwitschia plant, is one of the highlights of a trip to the Namib Desert. Another interesting fact about Gray’s Larks is that they only perform their acrobatic aerial displays during the predawn in order to avoid exertion during the scorching days.

This rather drab but distinctive bird has a beautiful song which is the best way of finding this skulker. It occurs in very low densities through arid central Namibia and southern Angola, usually in bushes along the edges of mountains and ravines.

My personal favorite, this spunky, energetic bird certainly does not lack in character. Small family groups forage mostly on the ground in rocky areas of central Namibia, uttering strange calls and peering, with their heads cocked, at anything that catches their attention. Originally believed to be bushshrikes, DNA work as revealed they are actually aberrant giant, terrestrial batises!

Also known as the Damara Rockjumper, this Namibian near-endemic shares its range with the previous species. Its taxonomic affinities are questionable and it has been bounced between various warbler and babbler families. Its is however not related to the Rockjumpers of South Africa. Its beautiful bubbling song is a prime method of locating these fast moving and agile birds in the rocky areas of central Namibia. The aptness of its name can be judged from this image!

One of five babblers occurring in Namibia, this fine and localized species prefers the woodlands of northern Namibia, from the great Etosha National Park into southern Angola. Small family groups forage at ground level and are usually approachable when located, but can be tough to find as they occur at rather low densities.

Our final bird is a relatively common denizen of woodlands from central Namibia through to southern Angola. This striking black and white tit (or chickadee) is usually found in pairs, foraging in Acacia trees and thickets.
X