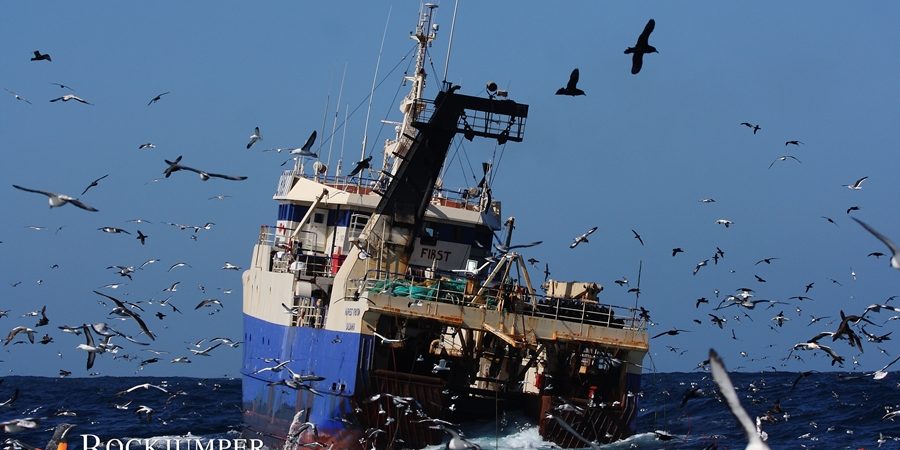 For me, the thought of pelagic birding evokes a sense of excitement that quickly takes over. The mystery behind the vast blue seas and its endangered birdlife bring a happy thought when there is an opportunity to go and experience it.

The word ‘Pelagic’ is derived from Greek, meaning “open seas,” and that is exactly what it is – endless swells, rolling eternally through the ocean. There is so much that we still need to learn about this non-terrestrial habitat, but one thing’s for sure: we need to protect its ever-increasingly endangered fauna.

Various Institutes have done some fantastic research and have been able to come up with essential information in protecting these nomadic species and agile fliers. One such example is the remarkable reduction in bird fatalities by fishing vessels, as they have implemented different techniques to stop seabirds from getting caught by hooks. One technique is known as the ‘Bird-scaring Line’, where an extra line with streamers attached is towed by the boat, deterring the birds from wanting to catch any fish behind the boat, which may be hooked. Another example is the eradication of certain introduced and invasive species like House Mice on Marion Island off the coast of South Africa – where many pelagic birds breed. Subsequent to their accidental introduction, the mice have started predating on seabird fledgelings, causing numerous fatalities which have obviously been detrimental to the seabird population. Some of these great conservation efforts have resulted in a positive growth trend for many species. The fact that these birds are not usually seen on terra firma, unless one goes on an expedition to their breeding grounds on remote islands, makes them all the more fascinating. The vast blue oceans which we don’t often explore are their feeding grounds and to the typical birder, the chances of venturing out there don’t happen often. Some species are truly spectacular in their biology. For instance, the Wandering Albatross has the longest wingspan of any extant bird species in the world. Measuring up to a phenomenal 3.5 metres (11 feet) in length! It truly is a memorable sight to see this species glide about, skimming the tops of the swells with its long wings. Another is the Sooty Tern, which after fledging, doesn’t touch land until it reaches sexual maturity (up to 7 years); where it then comes ashore to breed.

Some of the most exciting pelagic birding trips can be experienced on numerous day trips throughout the world. Pelagic birding trips are usually conducted out of areas where nutrient-rich waters are found close to shore. Some of the more productive day trips are conducted in Australia, New Zealand, the west coast of the United States and the southern tip of South Africa. A longer expedition to Antarctica is definitely the ultimate pelagic trip, though – and would definitely be a highlight for anyone’s birding career. Birders who have done many pelagic trips will often tell you that it is by far the most exciting form of birding. The spectacle of witnessing thousands of seabirds whirling around your boat, looking for scraps of food, will no doubt remain an experience etched in your memory. The fact that these birds wander these endless waters make it all that more exciting, as you never know what to expect!

The excitement is riveting and palpable. Go and “Sea” for yourself!