Photography at the End of the World by Marius Coetzee 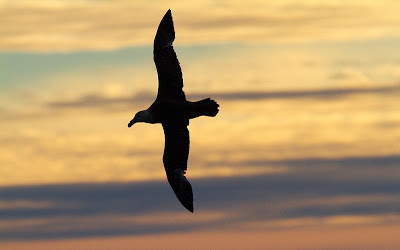 I have recently returned from guiding Rockjumper’s latest Falklands Islands, South Georgia and Antarctica cruise and wanted to share some of my photographic highlights. Over the years I have travelled extensively in search of photographic subjects and must rank this cruise as my most memorable photographic experience to date. The sheer numbers of birds and mammals are complemented by the proximity to which they allow approach and the quality of the species, from giant whales and seals to nesting albatross and comical penguins.
Below is a selection of my favourite images from this 19-day cruise. Our voyage commenced on the 28th December as we steamed out of Ushuaia, the southernmost city in the world, towards the Falkland Islands. Before long, we had seen numerous Tierra del Fuego specialties, including Magellanic Diving-Petrel, Chilean Skua, South American Tern, Flying and Fuegian Steamer Duck, Rock and Imperial Shag and the lovely Dolphin Gull. Entering deeper waters, we encountered the first of many spectacular Wandering Albatross, along with smaller Grey-headed and Black-browed Albatross, Great Shearwater, Slender-billed Prion, Wilson’s Storm Petrel and Southern Giant Petrel. Southern Giant Petrel silhouette by Marius Coetzee
Nearing the Falklands Islands, we enjoyed our first sighting of the beautiful Light-mantled Sooty Albatross. Our initial landing on the Falklands was West Point Island with its vast rookeries of Rockhopper Penguins and unbelievable photographic opportunities of courting and nesting Black–browed Albatross. In the afternoon, we visited Saunders’s Island where we had an incredible time viewing and photographing thousands of Gentoo Penguins. We also enjoyed an excursion along Gypsy Cove into the surrounding countryside, which allowed us great sightings of the gorgeous Long-tailed Meadowlark, Magellanic Snipe, Black-chinned Siskin and White-bridled Finch. A nesting pair of Black-browed Albatross billing by Marius Coetzee

The next leg of our journey took us to remote and rugged South Georgia. Landing at Salisbury Plain was, without a doubt, one of the most incredible experiences of my life. Seeing more than 200,000 King Penguins, wall to wall, was a sight impossible to convey with words. Time spent here was absolutely amazing and viewing a Southern Giant Petrel killing an almost full grown juvenile King Penguin was Nature in its absolute rawest form! A tiny portion of the Salisbury Plain King Penguin colony by Marius Coetzee
Leaving South Georgia behind, we cruised south-west toward the South Orkney Islands. En route we had our first views of the elegant and highly sought-after Snow Petrel. Upon arrival, we visited the Orcadas Station where we were impressed by astounding views of the surrounding glaciers. Later, we explored Elephant Island, which served as a place of refuge in 1916 for Sir Ernest Shackleton and his crew after their ship was destroyed by pack ice in the Weddell Sea. The next port of call was the South Shetland Islands off the Antarctic Peninsula. Here our birding and photography concentrated on the vast numbers of Adelie, Chinstrap and Gentoo Penguins that thrive here.

Finally stepping onto the Great White Continent itself, we had breathtaking experiences and obtained awesome images of Weddell, Crab-eater and Leopard Seals. The mammalian highlight, however, was witnessing and photographing numerous Humpback Whales only meters away from our zodiac. Wow! What an experience to be so close to these gentle giants of the ocean! Leopard Seal on ice by Marius Coetzee
This journey to Antarctica was truly a once-in-a-lifetime experience and I cannot recommend it highly enough to every birder, mammal enthusiast and particularly nature photographer!
X