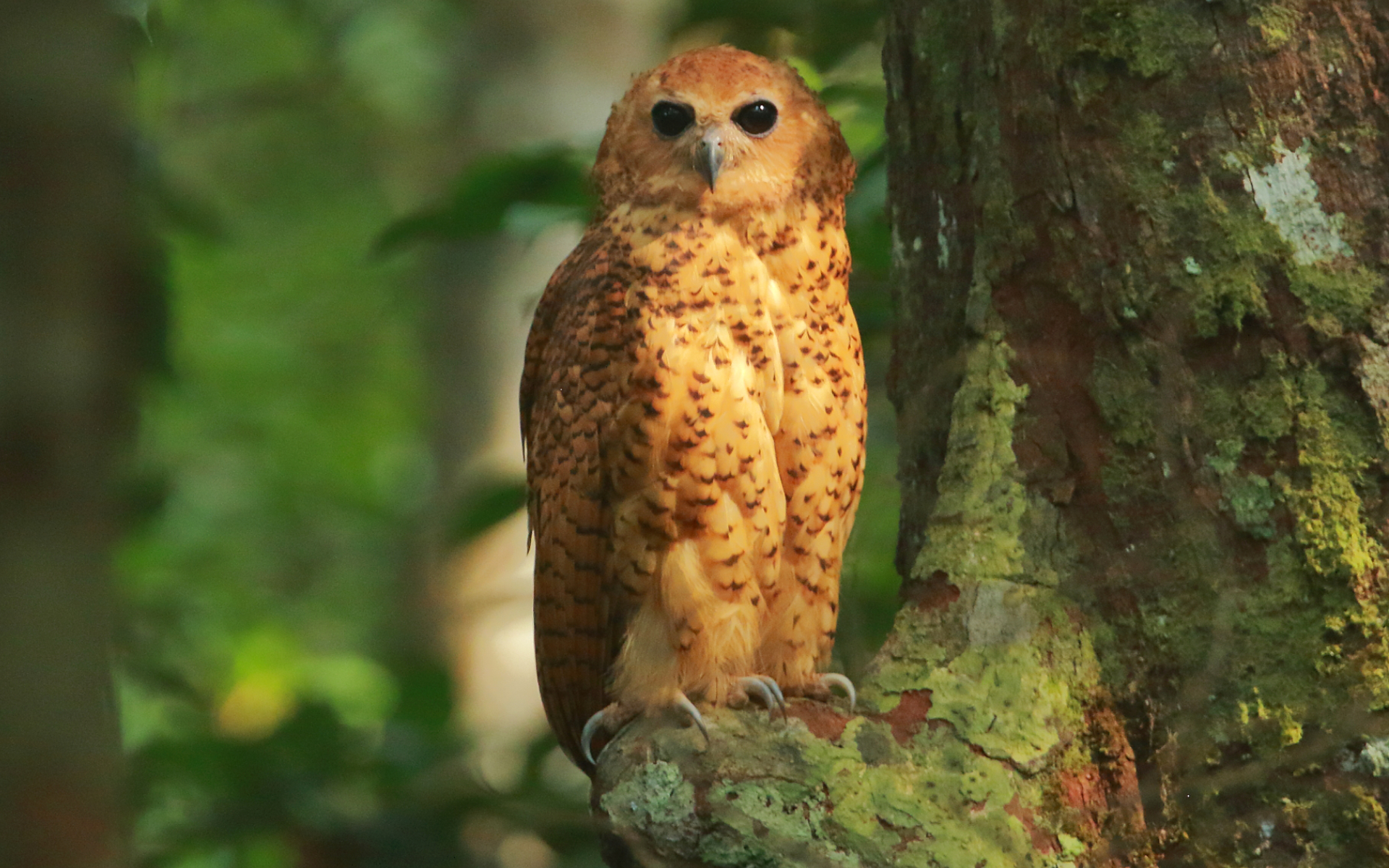 A big, round moon glows bright over the Okavango. One of the Seven Natural Wonders of Africa and a UNESCO World Heritage Site, this is one of the largest and most biologically rich wetlands on Earth. As the heavy trees sway gently against the river, the night air is still but the waters running beneath are troubled, if only just slightly. And that is all that the magnificent Pel's Fishing Owl needs. Big and rufous, barred and flecked with black, it has been awaiting this signal. Needing only a small series of ripples as a trigger, it blinks its big black eyes from its perch a few meters above the water, and swoops down through the night air. A visual hunter more so than other owls, neither is it silent in flight like many of its kin. It is one of the largest owls in the world (averaging slightly larger than a Snowy Owl), but it lacks the soft frayed edges to its flight feathers that others evolved to cloak their movements in silence. But this superb nocturnal predator is undaunted and unconcerned. It drops and snags a fish, and in so doing captures the night.

It's easy to imagine such a scene, though more often our sightings occur in daylight when we find one roosting as it lurks deep in the shadows of the large shade trees it favors. Even these sightings though are scarce and treasured. This is a big bird with a big range, and yet it remains rather seldom seen. One of the best places to see it is Botswana. About the size of France geographically, but with only about 2% of its human population, this is one of the least densely populated countries in the world. If you like open space, it might be your kind of place. And if you like magnificent wildlife destinations... well, the same holds true.

These species and so many others await. Our 2021 Botswana tour has just two spots left this December. 2022 is a different story with space on this tour and also our magnificent Namibia, Okavango & Victoria Falls Overland tours as well. We sure hope you’ll join us for a wildlife adventure that feels out of this world, but is really just a couple flights away.