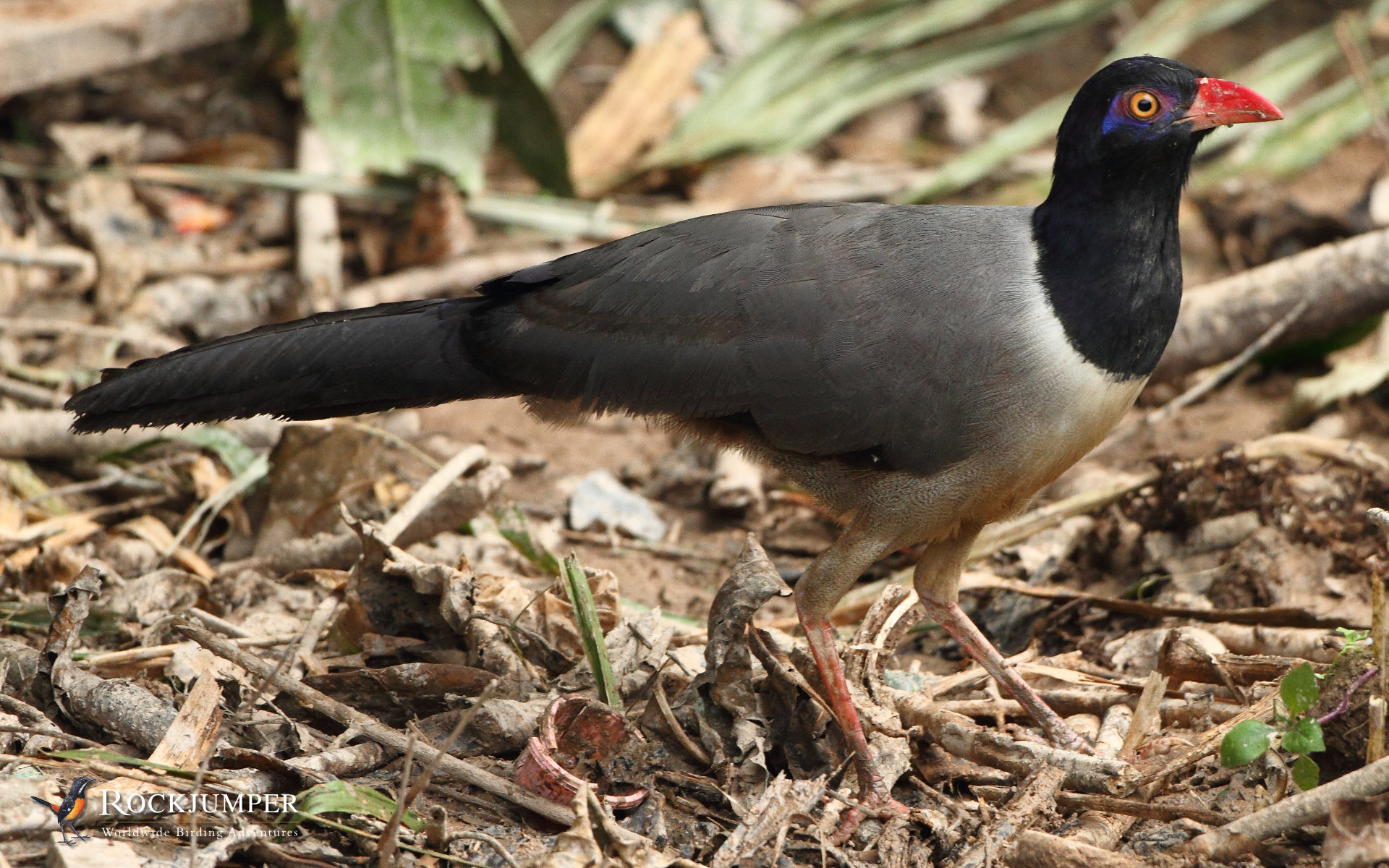 The first rays of light are just caressing the highest branches of the trees, but the forest interior remains secluded and damp underfoot. A little overnight rain means no rustling leaf-litter, certainly an advantage while searching for our quarry this morning. Overhead the calls of Moustached Barbet, Greater Racket-tailed Drongo and Asian Fairy-bluebird ring out while in the undergrowth nearby an Abbott’s Babbler and White-rumped Shama are both singing away sweetly. Suddenly we are jolted by another call. A loud, penetrating coohooooo from perhaps hundred meters away! The hairs on our arms are raised and everyone is immediately on high alert. The call bursts through the forest once again. There is no mistaking it, a Coral-billed Ground Cuckoo, one of the most prized species in all of SE Asia and one of our prime targets for the day has revealed itself in dramatic style.

Spectacular but shy, large but oh so difficult to see, highly desirable for all birders but seemingly an impossible quest. The worlds ground cuckoos are without a doubt some of the most impressive looking birds and are often holy grail species for those venturing across to parts of SE Asia or The Neotropics. With 3 species in Asia of the genus carpococcyx and 5 species in Central & South America of the genus neomorphus these are some of the world’s most difficult avian treasures to connect with.

All the ground cuckoos are strongly associated with wet, forest zones whether it be montane or lowland rainforest. In Asia the Sumatran Ground Cuckoo is only found in the remote mountains of Sumatra and has been seen by very few world birders, while the Bornean Ground Cuckoo is only found in the fast-disappearing lowland rainforests of Borneo. The Asian species however that most birders have a fair chance of connecting with is the Coral-billed Ground Cuckoo with some reliable sites, to search for them, in countries such as Thailand and Cambodia. Hearing them in these locations during the height of the breeding season, between February and April, is often fairly straight forward but seeing one can still be a challenge.

On the central and south American front, the neomorphus ground cuckoos are arguably even more difficult to find with Red-billed, Rufous-winged, Banded and Scaled being almost mythical. Only Rufous-vented is seen with any sort of frequency and even then, it might show up in an area for a few weeks, or a couple months, and then not again for years! All the New World ground cuckoos are strongly associated with huge ant swarms and the larger the better but even then, you still need exceptional luck to see one.

From a conservation standpoint the Coral-billed Ground Cuckoo is listed as vulnerable by the IUCN largely due to hunting pressure and habitat loss throughout its range. Sadly, this remains a massive threat to this ground dwelling species long term survival and predictions are that it will disappear from an increasing number of its former haunts over the next few decades. Thankfully there are still some wonderful, protected locations in both Thailand and Cambodia for this stunning species.

We are delighted to announce that several Asian countries are starting to relax their travel restrictions including Thailand and Cambodia. Our Thailand small group tour starting on 15th March 2022 still has a single space available while our regular scheduled Thailand tour also has a few spaces remaining. Our foray into Cambodia is now also back on the cards for next year where you not only have a chance for Coral-billed Ground Cuckoo but several other rare and localised birds as well such as Giant and White-shouldered Ibis, Bengal Florican, Milky Stork and the newly discovered Cambodian Tailorbird.

We look forward to seeing you back out in the field again soon.