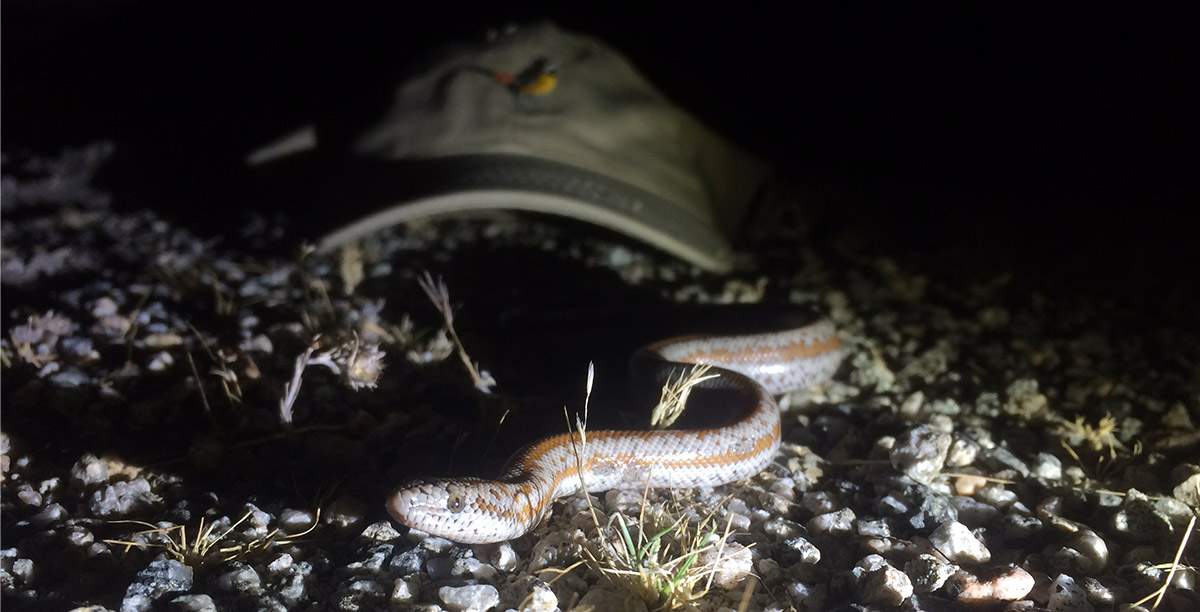 As I was wrapping up my Rockjumper tour to Borneo on March 14, I was still pretty much expecting the usual tour guide routine for the coming days of wrapping up post tour paperwork and a quick turnaround to a month of tours in Mexico.  Instead I headed straight into a shelter in place order and quickly saw the cancellation of the next several month’s work.  With travel restrictions suddenly imposed, it soon became clear that the spring was going to be one for sticking close to home.  Living in San Diego, one of the most biodiverse counties in the United States, this was not an all bad thing.  Particularly so as the spring is undoubtedly the best time to explore the natural history of the county.

As the regulations were put in place it became clear that I was going to at least be able to explore some of the natural areas around home.  A great opportunity to enjoy spring bird migration, spring wildflowers and try and track down some secretive mammals that I was keen to see.  But what really whet my appetite was the opportunity to do some hard core herping.  With probably the longest lists of reptiles and amphibians anywhere in the United States, southern California is a renowned herping hotspot.  But like anywhere else in the US, herp activitiy is closely tied into seasons, and most species are much more readily found in the spring time than any other season.  But even so, many of these species would only be active for a few weeks or even a few days under very specific weather conditions.

My arrival in mid March coincided with an unusually wet week of rain.  Atypical weather for sunny San Diego but also seemingly in line with everyone’s mood.  From a purely herpetological standpoint, it was a blessing as these rains are what brings salamanders above ground.

Another thing the spring rains were excellent for was filling up the local vernal pools.  Vernal pools are temporary pools caused by spring rain.   Before these pools dry out, amphibians attempt to rear their young in the pools.  During these heavy rains, the calls of Baja Treefrogs were deafening, but I was searching for a couple of species that are dependent on this fragile and very threatened habitat.  I was thrilled to eventually find a Western Spadefoot on one of its few days of the year spent above ground, and also to track down the predator of the vernal pools, the threatened Two-striped Garter Snake.

After the rains let up, the sun came out.  And over the next week or two, the conditions were perfect to get the various lizards and snakes of the chaparral country active.

As the spring progressed temperatures continued to rise and the desert lizards became active.  The Colorado desert has an amazing variety of lizards and once it starts getting hot, one can find more than 10 species in a day!

In addition to the spectacular reptile diversity there were also some interesting snakes coming out.  Every time I found one warming up on a road I would move it off, hoping to save it from getting run over by a passing vehicle

Even one species of amphibian is hardy enough to survive in one of the hottest and driest environments in the world.

Toads will lay up to 5,000 eggs and those eggs can become the next generation of toad in less than two months!

As phenomenal as all this herping was, the highlight of the spring for me was many long nights spent slowly cruising quiet roads following very hot days.  An amazing variety of nocturnal snakes are to be found on certain spring nights!

Sidewinders are a type of rattlesnake and common in sandy areas.

Lyre Snakes are a rare and prized find in rocky areas. This one seemed to be mimicking a rattlesnake.

California King Snakes are highly variable in their patterns. They are so-called because they will kill and eat other large snakes, including rattlesnakes.