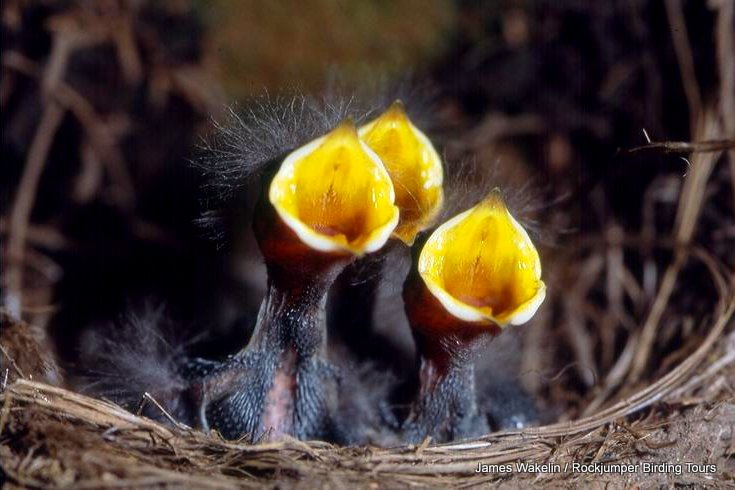 Rockjumper is proud to announce that we have recently become Blue Swallow Guardians through our support of The Endangered Wildlife Trust’s (EWT) Threatened Grassland Species Programme. This vital project aims to reverse the rapid decline (and likely extinction within a mere 10 years) of South Africa’s Blue Swallow population, of which fewer than 38 known breeding pairs survive. (The total global population is estimated to number around 1000 breeding pairs.) Blue Swallow in typical habitat by Glen Valentine
According to Dr. Ian Little, Programme Manager of the EWT’s Threatened Grassland Species Programme, “Loss of suitable habitat is the primary cause of Blue Swallow’s population decline, however causes for recent continued declines are uncertain. Four known regional populations of Blue Swallow have already gone extinct in South Africa in the past decade. This includes a breeding population that was in the Kaapsehoop region, which was once recognized as a Blue Swallow Natural Heritage site.” In South Africa, the breeding population is monitored as part of a long-term project run by the EWT’s Threatened Grassland Species Programme. Long-term monitoring is essential to determine population trends and thus provide valuable information to conservation authorities in order to inform grassland management decisions. For more information on this very vital and noble endeavor, click on the following link: www.ewt.org.za

If you would like to support The Endangered Wildlife Trust’s various programs, then the following link will take you directly to their “Support Us” page: www.ewt.org.za