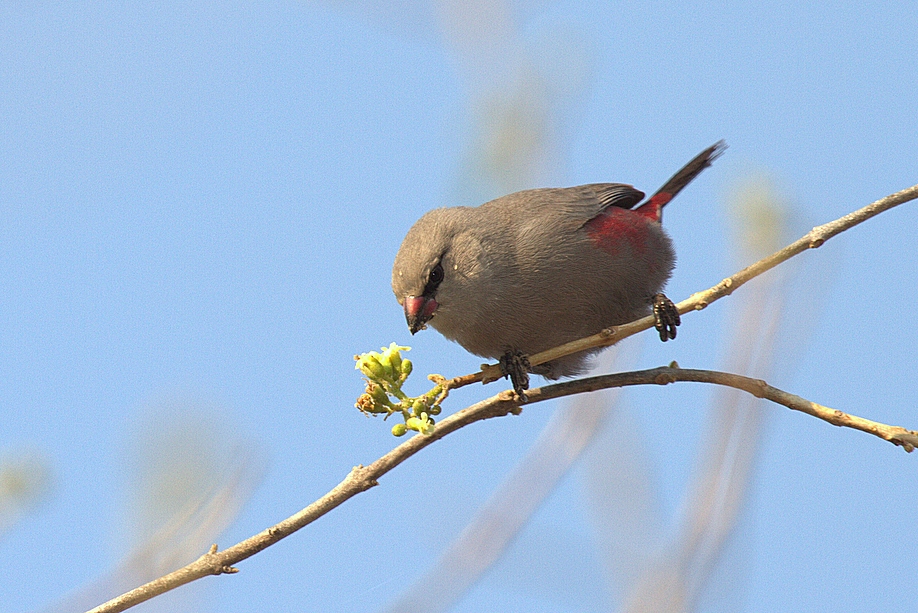 David Hoddinott recently led our first tour to Angola since 2004 and it proved to be a most fruitful adventure! Angola is certainly beginning to grow in popularity and our 2011 tour has only one space remaining. After suffering decades of civil war, which finally ended in 1996, Angola is once again a safe travel destination and offers a veritable trophy chest of birding highlights. With a country list of well over 900 species, the fourth highest avian endemism in Africa, and diverse habitats ranging from the scorched Namib Desert to Congo Basin Rainforest, this is a most worthwhile birding destination. Some of the areas visited on our 2010 tour were Kissama National Park (approximately 1.2 million hectares!), Kumbira Forest, Tundavala Escarpment and the Namib Desert. The wonderful variety of Angolan endemics are always the star attractions and tour highlights included superb views of the shy Grey-striped Francolin, Red-backed Mousebird, White-fronted Wattle-eye, seldom seen Gabela Helmetshrike, Red-crested Turaco, Gabela Bushshrike, Gabela Akalat, Angola Cave Chat and Angola Slaty Flycatcher. With friendly people, exciting national parks (where wildlife is now re-establishing) and ever-improving road conditions, Angola is certainly on the up and we are hopeful that this will encourage more birders to visit this bird-rich endemic haven in the near future! Our comprehensive tour in September will also visit sites for White-headed Robin-Chat, Swiestra’s Francolin, Braun’s Bushshrike and other specialties, including the little Cinderella Waxbill as photographed by David Hoddinott.