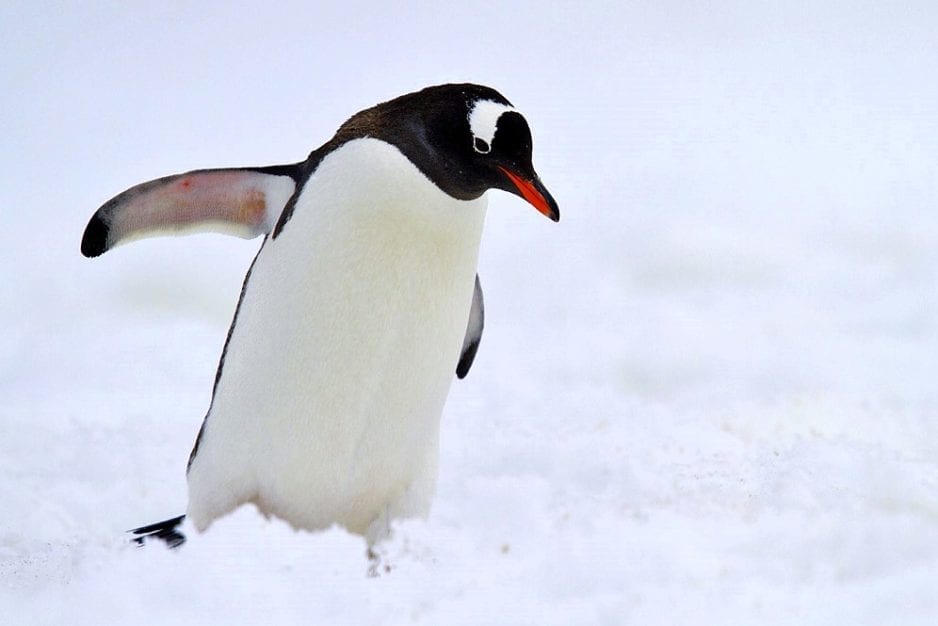 Our “Classic Antarctica” 19-day voyage over the end of December and into January included a visit to the Falklands Islands and South Georgia. The first portion of our expedition produced incredible sightings, including a massive breeding colony of Black-browed Albatrosses and Western Rockhopper Penguins encountered at West Point Island. Other notable species here were Striated Caracara, the endemic Falkland Steamer Duck and the delightful little Cobb’s Wren.

Our next destination, South Georgia, was, without a doubt, the highlight for our participants on this once in a lifetime experience. Being surrounded by more than 200,000 King Penguins at Salisbury Island is difficult to describe in words; while on our way back to the ship, we witnessed Nature in its rawest form as a Southern Giant Petrel pecked a full grown King Penguin chick to death only meters away from us! On our final zodiac cruise around Cooper Bay, we then encountered several South Georgia Pipits (the southern-most passerine in the world), a great addition to our life-lists.

The days at sea that followed were extremely rewarding, with many sightings of both Northern and Southern Royal Albatross and numerous other southern ocean tubenoses. However, the jewel in the Albatross crown was certainly enjoying the almost ethereal Light–mantled Sooty Albatross flying past our ship.

Our final destination was the Antarctica continent and here we encountered numerous Snow and Antarctic Petrels flying around our ship as we approached this far-away land. Our final afternoon spent on the mainland produced everlasting memories as we watched and photographed a huge rookery of Gentoo Penguins in a perfect ‘white’ environment. Besides the constantly changing and beautiful scenery and special birds, our cruise also produced a great variety of mammals, including Antarctic Minke, Sei and Humpback Whale. In fact, we observed a pod of 5 Humpback Whales bubble-net feeding only meters away from our zodiac. Other notable mammals included Crabeater, Weddel and Leopard Seal, as well as sightings of Dusky, Peale’s and Commerson’s Dolphin and Long–finned Pilot Whale. This is a trip that every naturalist and birder simply has to do in their lifetime!