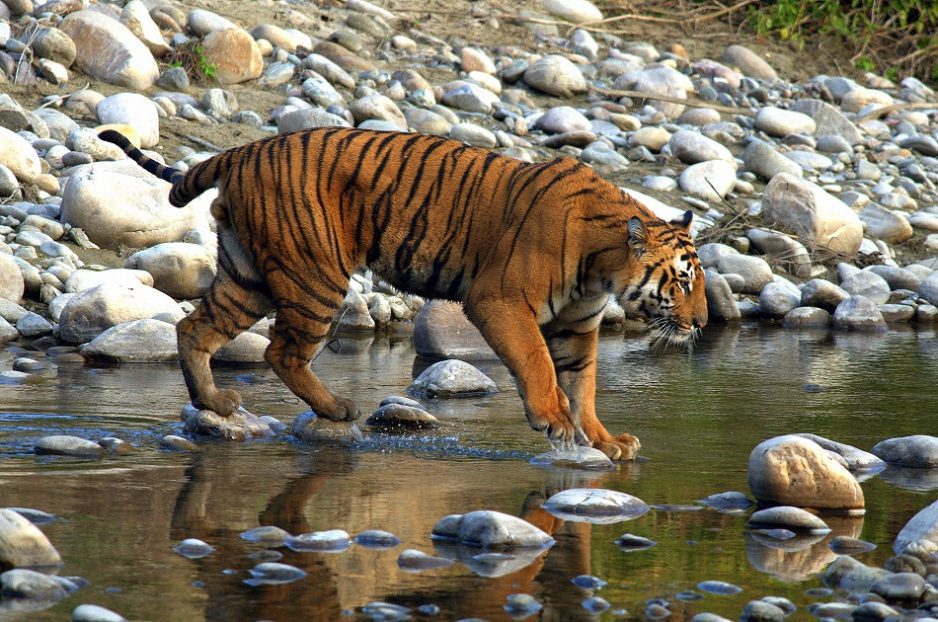 We also had many wonderful experiences with some of India’s best mammals, including Asian Palm Civet, Striped Hyena, Jungle Cat and the seldom encountered Fishing Cat, Swamp Deer, the monstrous Gaur, Gangetic Dolphin and magnificent Bengal Tiger, of which we had three excellent sightings in Kanha and another amazing encounter in Corbett!