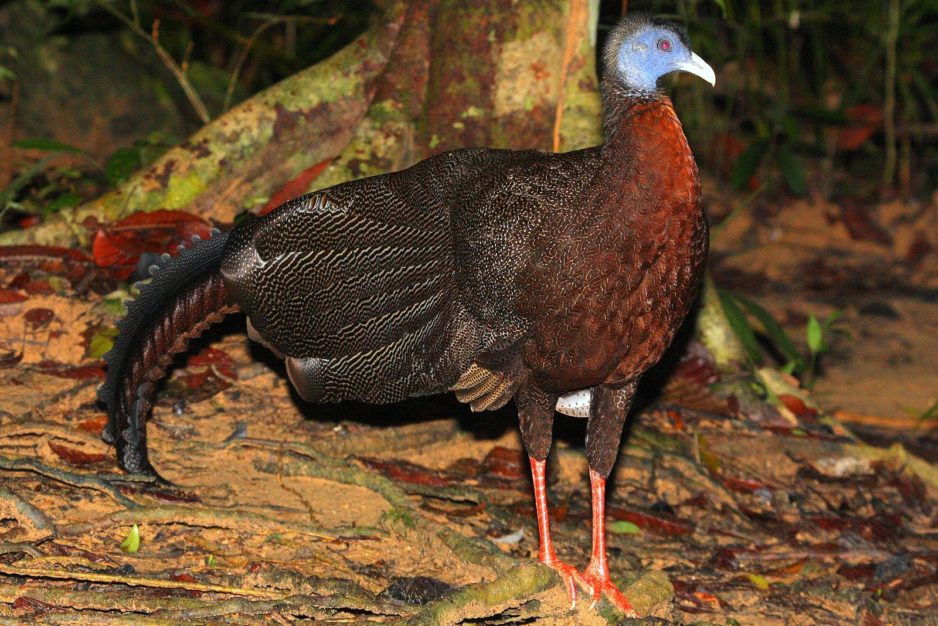 These two regions of Asia always provide a superb wildlife travel experience and each passing year they seem to get better and better! Despite rain almost every day, including several washed out afternoons, this year’s tour led by Erik Forsyth still amassed an impressive array of top quality birds and mammals. Some highlights include a spectacular male Great Argus on the trail at Taman Negara (watched for nearly 10 minutes!), 5 species of broadbill, and close looks at the stunning Crested Fireback on both the peninsular and on Sabah. Raptors also featured highly this year and we enjoyed great scope looks at Blyth’s and Wallace’s Hawk-Eagles, Jerdon’s Baza, Bat Hawk and both Black-thighed and White-fronted Falconet. In addition, we racked up an incredible 26 species of babblers, including Bornean and Black-throated Wren-Babblers. The much sought-after Malaysian Rail-Babbler was seen by all at Taman Negara, where pitta experiences included walk away looks at Garnet and Blue-winged. Five species of trogon were seen, including Orange-breasted, Diard’s and Cinnamon-rumped; while Rhinoceros, Wrinkled and Wreathed Hornbill were observed in good numbers this year, and even the Friendly Warbler put in an appearance on Mt Kinabalu! Great views were also had of Orangutan and Proboscis Monkey. We even located a smart Leopard Cat on our night drive at Danum; while the rare Malaysian Tapir was spotted at Taman Negara. With delicious food, good accommodations and phenomenal rainforest birding and mammal viewing, this Malaysia & Borneo trip is one you simply have to do!