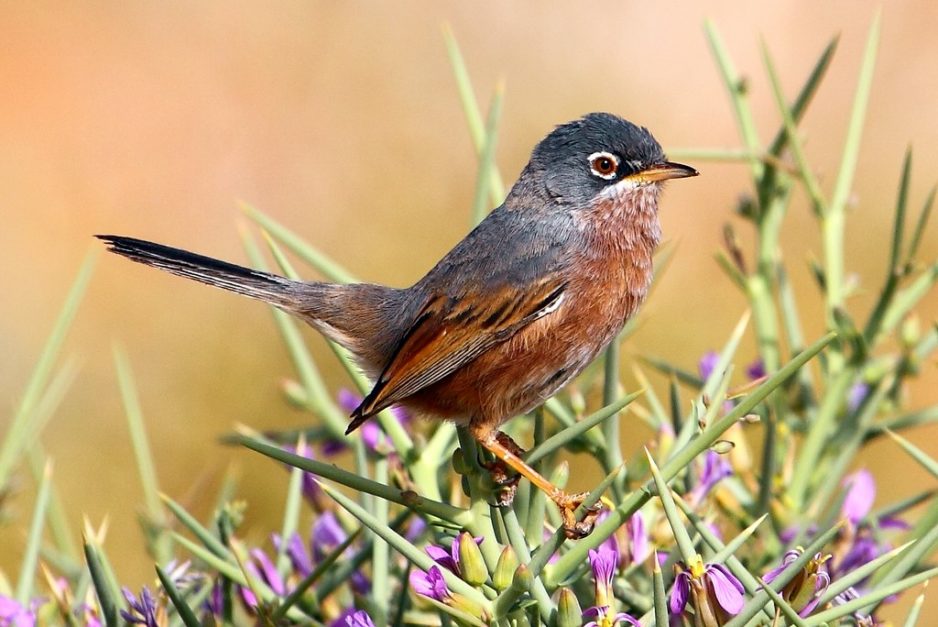 Monday 14th March saw the start of our Morocco Essential Tour, a shortened version of our Classic Morocco Tour, which was led by Mark Beevers. Our first port of call was the ski resort of Oukaimeden, set high up in the Atlas Mountains. Here we were met with driving snow that ultimately forced us down the mountain by mid-afternoon, but not before we had Horned Lark, Rock Sparrow and our main target here, Crimson-winged Finch, all of which were seen whilst we were eating the first of many tasty tagines. Flocks of Red-billed and Alpine Choughs wheeled through the air and a short walk through the blizzard led us to an Alpine Accentor. Lower down the mountain, we scored Levaillant’s Woodpecker, Firecrest, Hawfinch and Cirl Bunting.

After two days of bad weather, it was good to get to the warmth of the coast where we quickly located several special birds, including the critically endangered Northern Bald Ibis or Waldrapp, striking Black-crowned Tchagra and beautiful Moussier’s Redstart. Then it was off to the vast Sahara, land of larks and wheatears and finally some sunshine! Here we found more specials in the form of Cream-coloured Courser, Black-bellied Sandgrouse, Pharaoh Eagle-Owl, Thick-billed and the recently split Maghreb Lark, Greater Hoopoe-Lark, Desert and Tristram’s Warbler and Streaked Scrub Warbler.

Leaving the desert and returning to Marrakech, en route we located good numbers of Marbled Teal and a skulking female Garganey near Ouarzazate; and then, as we crossed our final high mountain pass, we picked up Bonelli’s Eagle, Northern Goshawk, Short-toed Treecreeper and Red Crossbill. In just eight days, we managed to see 170 species, enjoyed some stunning scenery, stayed in several very nice lodges and feasted on really great food. This tour was an excellent short introduction to the birds (and people) of north-west Africa and comes highly recommended, as does our Classic Morocco adventure.