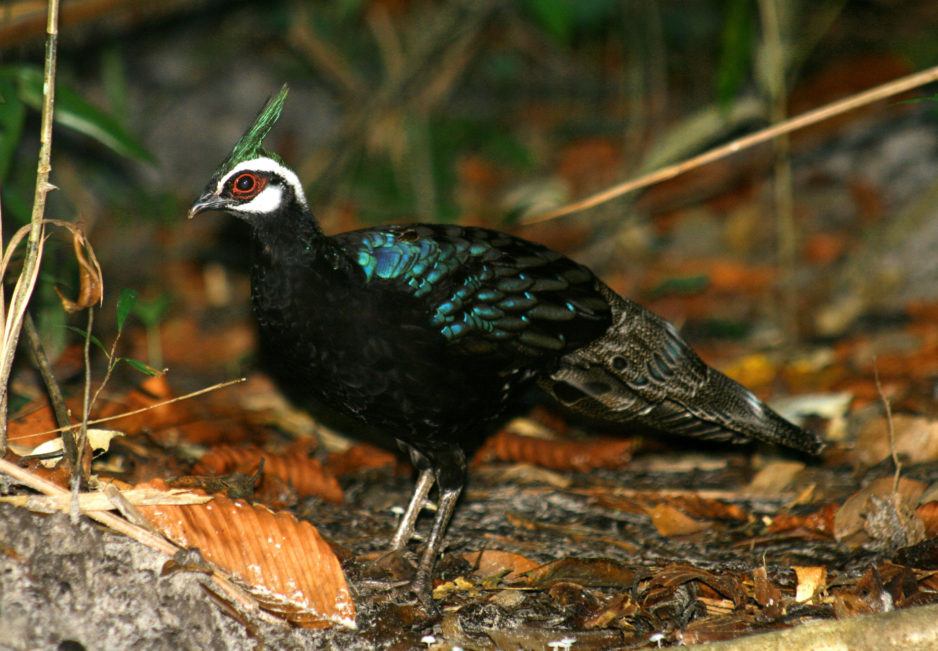 This year’s tour to the Philippines, led by Erik Forsyth, was another resounding success, with many endemic and top quality birds seen. Highlights were numerous and included fabulous scope views of a pair of the highly sought-after and endangered Philippine (Monkey-eating) Eagle on Mt. Kitinglad. Watching a perched bird through the scope, we suddenly realised that a second bird was also present when it took off from a large tree even closer to us, its huge wings flapping as it flew across the valley, what an exhilarating sighting for all our participants to savour! Other highlights included a confiding male Palawan Peacock-Pheasant, repeated looks at the recently discovered Bukindon Woodcock roding at dusk, great views of colourful Red-bellied, Hooded and Azure-breasted Pitta, close looks at Philippine and Javan Frogmouth (the latter on a nest!), and Stripe-headed and Stripe-breasted Rhabdornis (belonging to a family endemic to The Philippines). At Subic Bay, we found the recently discovered Chocolate Hawk-Owl (located during last year’s Rockjumper tour) as well as the scarce White-lored Oriole. Kingfishers were a treat this year and included Spotted Wood, Hombron’s, Winchell’s, Ruddy, Blue-banded and Silvery, all of which were seen well. Much to our delight, we also encountered ten critically endangered Philippine Cockatoos sunning and playing tag in bare treetops on Palawan! At a lowland forest site on Mindanao, we found both Short-crested and the very rare Celestial Monarch. Sadly, illegal logging continues unabated here.

Our Visayan Islands extension was also a huge success, with great looks at the rare Flame-templed Babbler and Black-belted Flowerpecker on Negros, a pair of rare Visayan Broadbills, Yellow-breasted Tailorbird and point-blank looks at Streaked Wren-Babbler on Bohol, where we also saw Philippine Colugo and the tiny Philippine Tarsier. Finally, our tour ended on the island of Cebu, where we had stunning views of the critically endangered Black Shama (only about 150 individuals survive), and even the critically endangered Cebu Flowerpecker was heard and glimpsed as it flew away!