Lying far out into the North Atlantic Ocean, the volcanic island of Iceland is the land between two continents; a land of fire and ice with its Viking heritage. While Iceland doesn’t have a long list of breeding birds, those that do occur are in many cases abundant, with globally important populations of waders, wildfowl and seabirds. In fact, its towering cliffs are among the largest seabird colonies on the planet, with five species of breeding auk, including Thick-billed Murre (Brünnich’s Guillemot), while the numerous lakes and wetlands are teeming with an array of divers, ducks and waders, such as Harlequin Duck, Barrow’s Goldeneye, Red‐necked Phalarope and Purple Sandpiper. Top of many people’s wish list is the world’s mightiest falcon, Gyr Falcon, and Iceland has a healthy population of this supreme predator. As a backdrop to all this there is also the country itself, with its volcanoes, lava fields, glaciers, spouting geysers, mud pools, dramatic coasts and black sand beaches making for spectacular and other-worldly scenery at every turn! 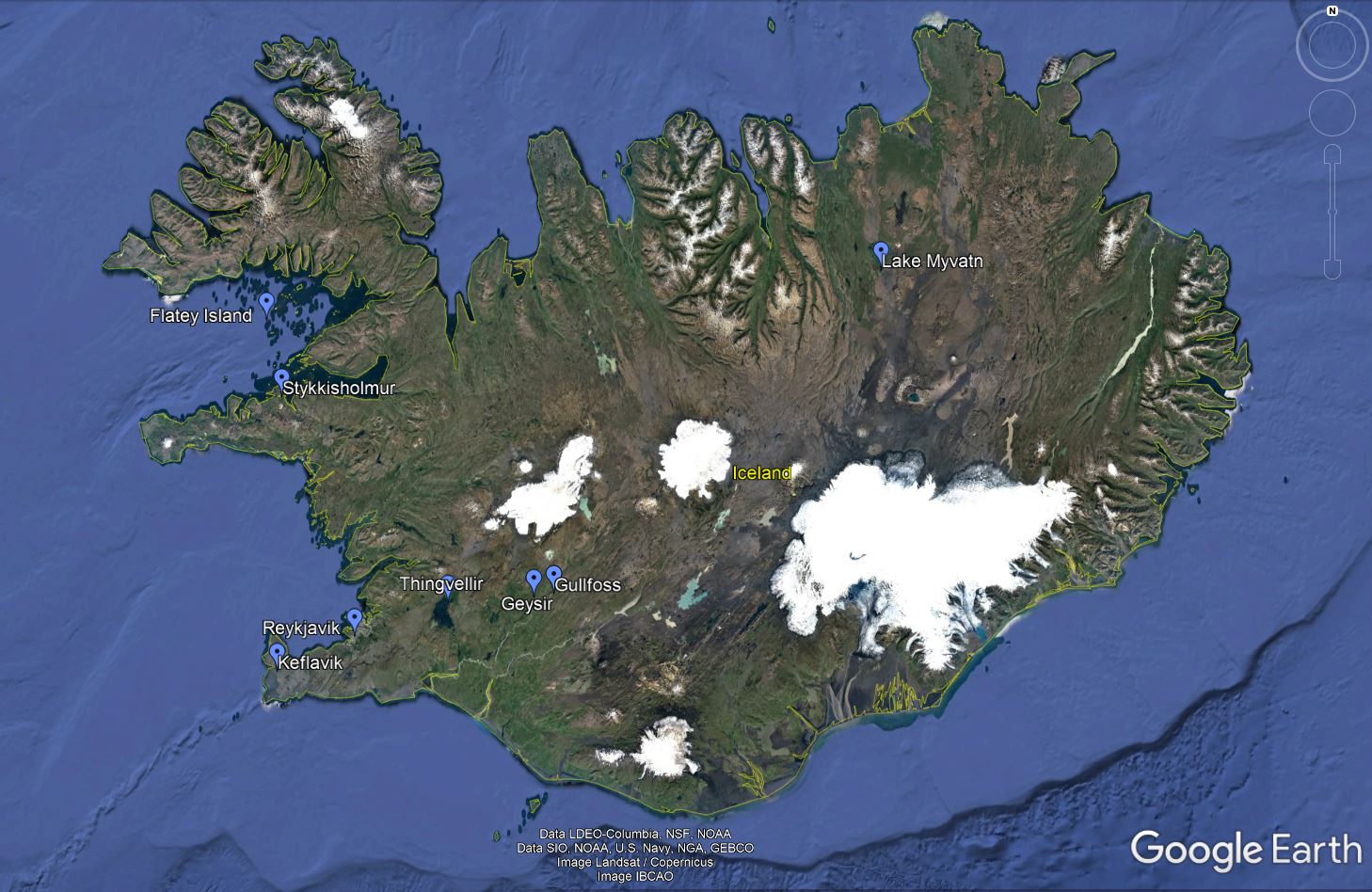 The tour was very enjoyable and interesting. Doug McCulloch's knowledge of his subject was encyclopaedic, and was as keen as mustard to share it and find us lots of birds.

Adam Walleyn did a fantastic job organising the rest of the tour when Erik had to leave due to illness. I really appreciated his hard work and determination; for example: even though he had never been to Samoa before, his logistical work enabled us to get great views of some very difficult and unexpected species (Samoan Triller, Blue-grey Noddy).

André our game ranger for the third time once again is impeccable! His eyesight is actually too good for words!

Can be linked with: Finland & Norway - Forests and Fjords 2022

Can be linked with: Finland & Norway - Forests and Fjords 2023