The island chain making up the country of Japan is undoubtedly a must-visit destination for the keen birder, and this exploration takes in the very best of what Japan has to offer.

Stretching for over 3,000 kilometres (1,860 miles), ‘The Land of the Rising Sun’ is host to a variety of habitats. On the beautiful, northerly island of Hokkaido, with its fields of snow, frozen lakes and rugged seacoasts, we hope to marvel at the impressive Blakiston’s Fish Owl, magnificent Steller’s Sea Eagles and elegant Red-crowned (Japanese) Cranes. In addition, the coasts here are home to numerous species of sea-ducks, Loons and Auks, and we will also keep an eye out for wintering passerines, including the beautiful Asian Rosy Finch.

The forests inland from Tokyo harbour the spectacular, endemic Copper and Japanese Green Pheasants, Japanese Accentor, Japanese Grosbeak and Japanese Green Woodpecker, while the hot springs at Nagano are famous for their ‘Snow Monkeys’. The extensive rivers and lakes on the Sea of Japan side of Honshu teem with waterfowl that include the immaculate Smew, Falcated Duck, Baikal Teal, Tundra and Taiga Bean Goose and the rare Long-billed Plover.

The island of Kyushu plays host to one of the greatest avian spectacles on earth, with thousands of Hooded and White-naped Cranes spending the winter here along with other specialties like Brown-cheeked Rail, Chinese Penduline Tit, Saunders’s Gull and the superb Mandarin Duck. On the eastern side of the island, we will attempt to locate the near-endemic Grey Bunting and the endangered Japanese Murrelet among many other exciting and memorable species. We invite you to join us on our unforgettable exploration of this Asian winter wonderland! 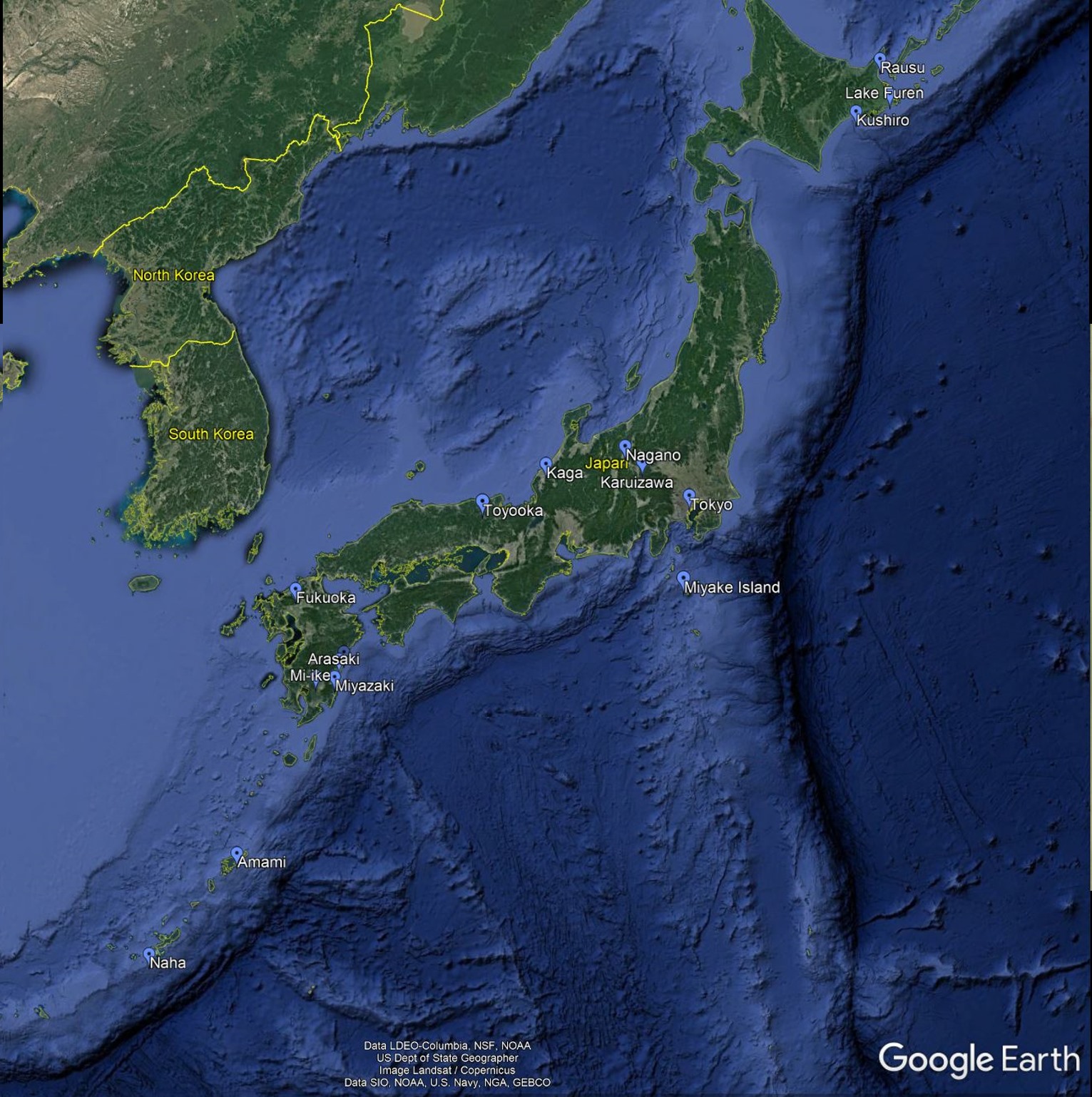 Erik is a wonderful guide with great birding skills and the ability to help everyone possible see the bird. He is funny and has a pleasant manner to everyone at all times.

This trip was quite an experience: Earthquakes, an erupting volcano, a major blizzard, raw fish and squid for breakfast, some incredible dining experiences, great scenery, and a wicked lot of fantastic birds! Erik Forsyth did a very good job with the tour. He was a bit more laid back than I am used to, but we really had good luck with the birds. A lot of that also had to do with Bryan Shirley, who is also an excellent guide. Erik and Bryan made a great team and appeared to really enjoy the trip, which was infectious for the rest of the group.

Glen, as usual, was the best. This is our third trip with him and would not hesitate to do many more.

The birding and bird vocalisation skills of Erik Forsyth and local guide Bryan Shirley are simply outstanding. So far, I've probably met only 2 guides who were only just about as good as these two!

Can be linked with: Japan - Southern Islands Extension 2023