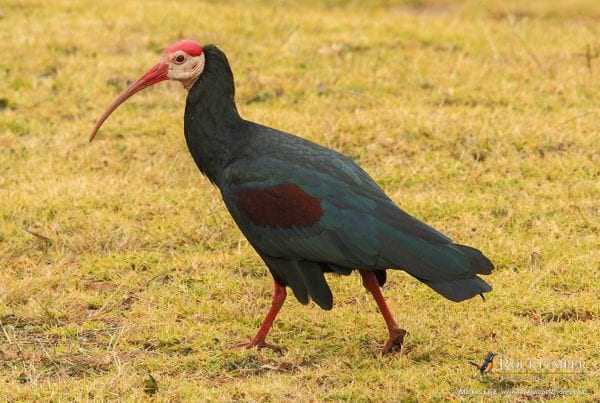 The Wakkerstroom Southern Bald Ibis Project has been in place for the last 20 years. Groups of volunteers monitor all the breeding colonies of these stunning and range-restricted birds (classified as Vulnerable by IUCN) around Wakkerstroom in eastern South Africa. Each colony is visited 5 or 6 times over their three-month nesting period. Rockjumper has for the past seven years covered fuel and other costs of these dedicated volunteers, and the project would have folded if it hadn’t been for our support. Here is what the founder of the project has to say:

“When I was introduced to the colonies, we went to look at them in late July or early August as they are/were late-winter breeders. However, for whatever reason, the breeding started later and later each season, with us still visiting colonies in early November. Then last season, when we made our first visits to the colonies in mid to late August, most colonies were already nesting or even had tiny chicks, very much in line with the earlier years. It was a very successful breeding season at all colonies, even though the previous summer had been very average in terms of rainfall.

This year, in early September (2017), there was not a bird in sight at any colony visited; however, the past few weeks have revealed birds on nests and others building, so things have got going – at last! This means that chicks will only be fledging around November.

So now we wait and see what this breeding season will bring for the Southern Bald Ibises.

All the monitors are eternally grateful to Rockjumper Birding Tours for the donation we have received for the past number of years, which at least pays for the fuel used – the colony in Vryheid is a round trip of 220 km and Kalkoenkrans is 170 km round trip, so it is a very big help – thank you so much.”