Why is the Ethiopian Bush-crow so restricted in its range? 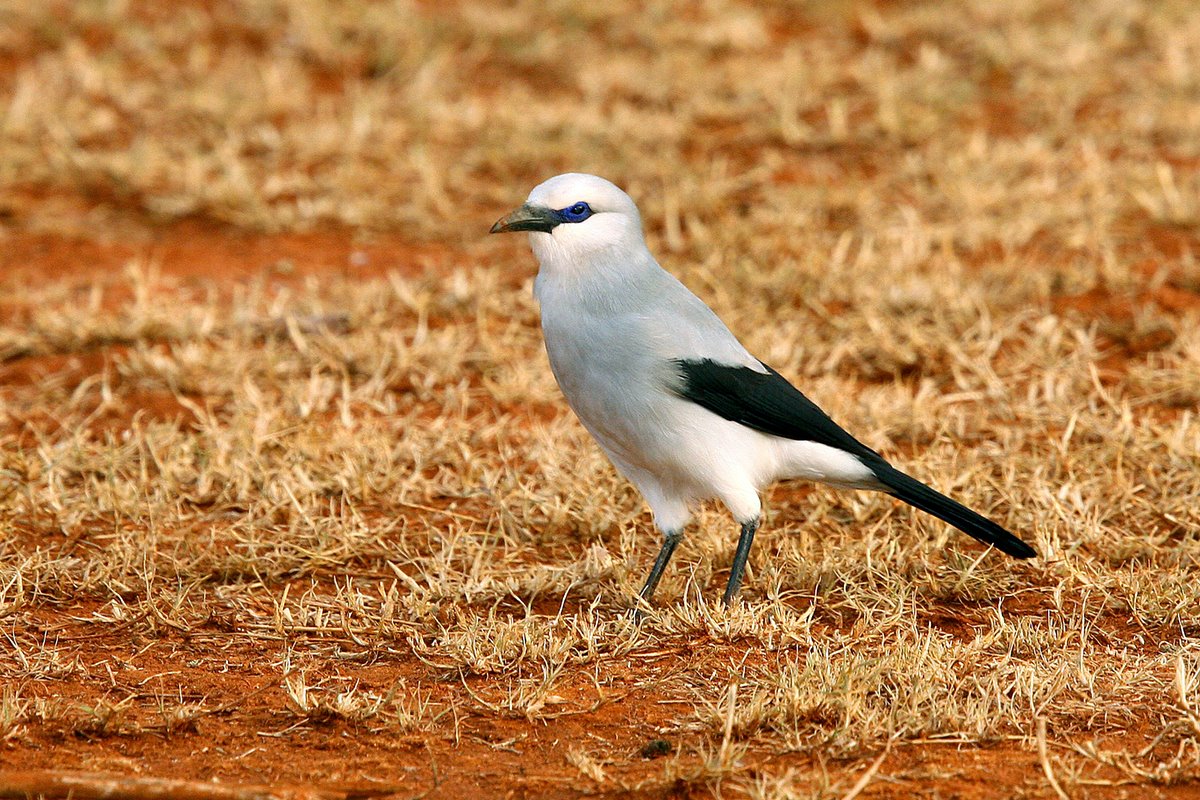 The following article about the Ethiopian Bush-crow (The IOC labels it Stresemann’ Bushcrow) was recently posted by the Journal of Ornithology, and we thought we’d pass it on verbatim (aside from the addition of some photographs) for some interesting reading….
Why would a smart and adaptable bird that eats almost anything and can survive happily in even the most heavily degraded habitats, have a world range of less than 5,000km2?
That question has baffled and confused scientists ever since the Ethiopian Bush-crow’s Zavattariornis stresemanni peculiarly restricted distribution was discovered back in the 1930s. But now, after researching the exact location of the birds and their nests in southern Ethiopia, a team of problem-solving, Sherlock Holmes-style scientists have unravelled the mystery. And the answer is elementary.
A new study published in the Journal of Ornithology shows the globally threatened bird’s range exactly follows the edge of a unique bubble of cool, dry climate.
Lead author of the study from BirdLife’s UK Partner RSPB, Dr Paul Donald, is delighted he finally has some answers.
“The mystery surrounding this bird and its odd behaviour has stumped scientists for decades – many have looked and failed to find an answer. But the reason they failed, we now believe, is that they were looking for a barrier invisible to the human eye, like a glass wall. Inside the ‘climate bubble’, where the average temperature is less than 20°C, the bush-crow is almost everywhere. Outside, where the average temperature hits 20°C or more, there are no bush-crows at all. A cool bird, that appears to like staying that way.”
The reason this species is so completely trapped inside its little bubble is as yet unknown, but it seems likely that it is physically limited by temperature – either the adults, or more likely its chicks, simply cannot survive outside the bubble, even though there are thousands of square miles of identical habitat all around.
BirdLife International’s Dr Nigel Collar is co-author of the study. He added, “Whatever the reason this bird is confined to a bubble, alarm bells are now ringing loudly. The storm of climate change threatens to swamp the bush-crow’s little climatic lifeboat – and once it’s gone, it’s gone for good.”
[The] Ethiopian Bush-crow is a small, starling-like crow with a pale grey head and body, black wings and tail, and bare, blue skin around the eye. The bird, listed by BirdLife as Endangered with approximately fewer than 9,000 individuals existing in the wild, could be the most vulnerable species to climate change in the world.
Scientists are now planning to start a monitoring programme on the temperature of the birds’ nests to see if it can unlock the answer to the next question: why are they so sensitive to climate?
The restricted range of the Ethiopian Bush-crow Zavattariornis stresemanni is a consequence of high reliance on modified habitats within narrow climatic limits.
(Rockjumper comment: This species shares a very similar range with another highly restricted Ethiopian bird, the White-tailed Swallow, and it will be interesting to see if the same “climate bubble” parameters also apply to the swallow?)