Why Your Coffee Matters 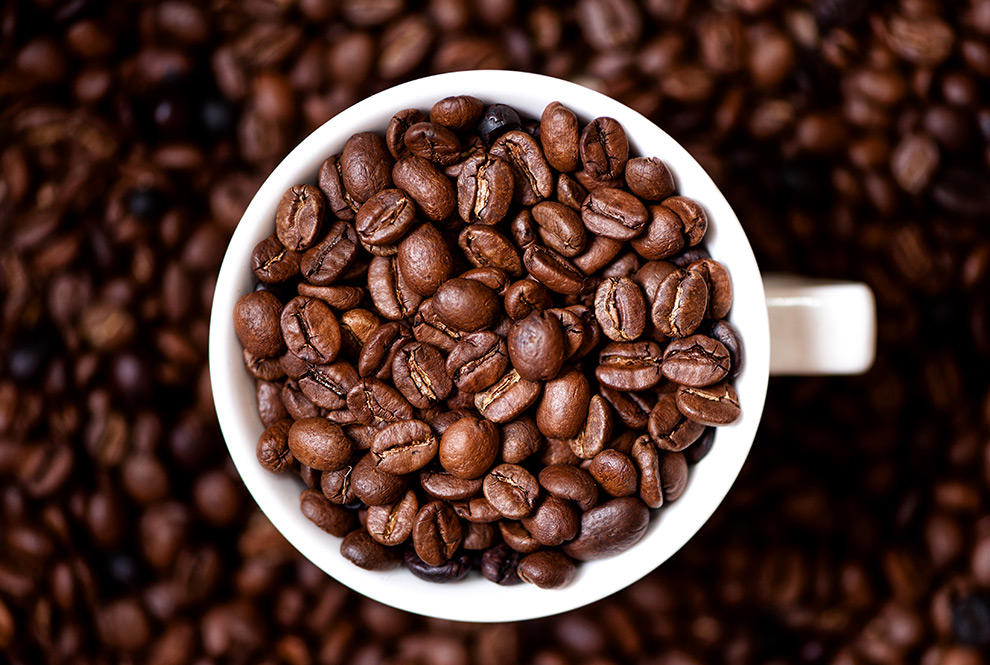 Experienced birders know the best opportunity for seeing as many birds as possible requires rolling out of bed early in the morning. But waking up to a relentless alarm hours before the sun rises can be a challenge for even the most dedicated of birders. Fortunately, there’s coffee.

While a shot of caffeine can kickstart your morning, have you ever thought about where your coffee comes from or how it might impact birds? The warm, humid climates of Central and South America that provide crucial habitat for many species of birds also provide optimal growing conditions for coffee. How that coffee is grown, though, can make all the difference for birds.

Cutting down trees allows sunlight to speed up coffee bean production and increase yield, which results in a faster profit for the farmer and a less-expensive product for consumers. It’s no wonder nearly three-quarters of the world’s coffee is grown in full sun. The result is a loss of canopy cover that the birds of the area rely on, and at a time when our feathered friends need all the help they can get.

According to research published online in September by the journal, Science, wild bird populations in the continental United States and Canada have declined by almost 30%, about 2.9 billion birds, since 1970. The study was led by Cornell Lab of Ornithology and American Bird Conservancy (ABC), and involved examining numerous data sets on birds, including Breeding Bird Surveys, Christmas Bird Counts, and weather radar data depicting flights of migrating birds.

The news is somber, but Cornell recommends several steps that everyone can take to help birds. These include making windows safer, keeping cats indoors, planting native vegetation, avoiding pesticides, reducing plastic use, participating in citizen science to report the birds you see, and drinking coffee that’s good for birds: Bird Friendly® coffee.

Bird Friendly® is a certification from the Smithsonian Migratory Bird Center awarded to coffee farms that use a combination of foliage cover, tree height and biodiversity to provide quality habitat for birds and other wildlife. It requires coffee farms to be certified organic, with a healthy soil base, zero pesticides, and a variety of native shade trees throughout the plantation. “This is the next best habitat after native habitat,” said Amy Upgren, Alliance for Zero Extinction Program Manager for ABC.

A little bit of habitat goes a long way, as suggested in a 12-year study by the University of Utah. Concerned about the impacts of coffee plantations on tropical bird biodiversity, the university studied more than 57,000 banded birds representing 265 species in Costa Rica, beginning in 1999. The study compared bird populations in sun-grown coffee fields with those in coffee grown in forested areas. It found that even small increases in tree cover – between 7% to 13% – can make a significant difference for birds.

You don’t need to be a bird to see those differences. “Those of us fortunate enough to travel have seen these places first-hand,” said Jeff Gordon, president of the American Birding Association (ABA). “You can bird a shade-grown coffee farm, but if you go to a major sun-grown coffee field it’s like birding in a soybean field.”

You can also taste the difference. Shade-grown coffee matures slower, which increases sugar content and improves the flavor. “This is the best tasting coffee,” Gordon said. “It’s like grass-fed beef; you pay a bit more, but you get better benefits. It’s best for the birds and it’s best for people because it’s organic, fair trade and low in pesticides.”

Smithsonian lists more than 42 species of North American migratory songbirds that benefit from shade-grown coffee, including orioles, warblers and thrushes. “Shade-grown coffee is also good for monkeys, sloths and other wildlife, as well as bird species that do not migrate but spend their entire lives in and around these coffee fields,” Gordon said.

Sometimes the requirements for certification are too high or too expensive and not every farmer can afford them, but they can still help. “Not all coffee areas can be transformed to shade coffee, and in those cases other tools can be used to improve habitat for the birds when shade is not an option,” de la Zerda said. Some of these improvements include creating living fences to connect patches of forest, planting native trees in surrounding and nearby areas, protecting native forest patches, and promoting environmentally friendly processing of the coffee.

Birders and coffee drinkers can also help. “The average person can help birds in their daily life by buying Bird Friendly® coffee,” Upgren said. Fortunately for those of us who are groggy before that first cup in the morning, finding Bird Friendly coffee is easy. The choice for ABC offices is Birds & Beans, which is the only U.S. seller that sells only Smithsonian Bird Friendly® coffee.

Birders can also choose ABA’s Song Bird Coffee. Gordon said coffee drinkers and birders can further help by educating local coffee shops and grocery stores about the importance of providing shade-grown coffees for their customers. “We can all help get more of the coffee market aware of Bird Friendly® coffee. Talk to your coffee snob friends and other serious coffee drinkers and have them contact their coffee shop owners about providing Bird Friendly® coffee,” he said. There are many other locations to find it, but regardless of where you shop be sure to look for the Smithsonian’s Bird Friendly® seal to ensure you’re getting the real deal.

Purchasing Bird Friendly® coffee is a direct investment in bird conservation. So the next time your alarm wakes you before dawn, you can indulge in a steaming cup of coffee that will help birds just as much as it helps you.