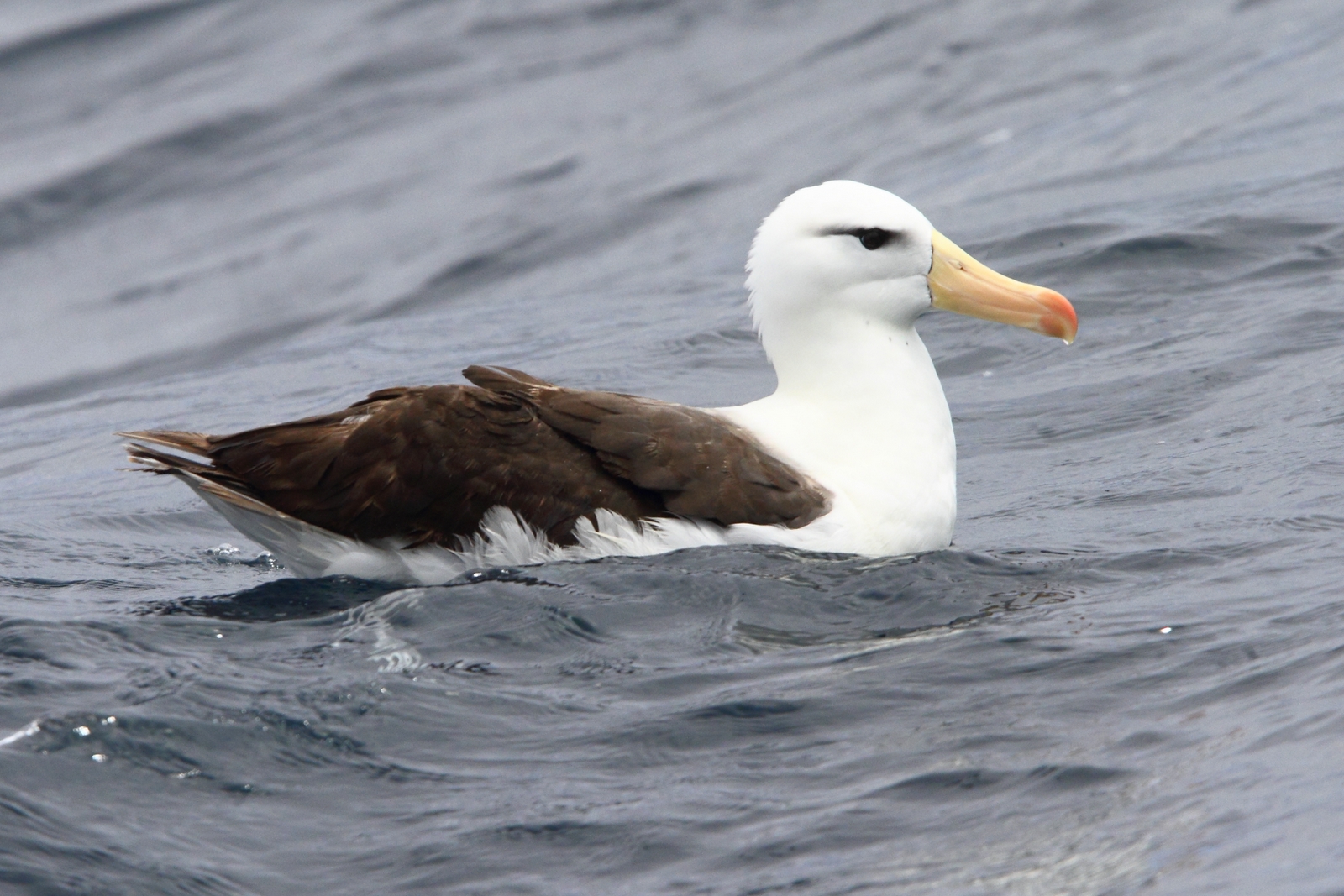 7am Saturday morning 15th October saw a keen group of birders board the Zest II for a birding trip arranged by Zest for Birds. Soon after leaving Simonstown, we had our first excitement of the day, a pod of Common Dolphins actively feeding in a small area, surrounded by dozens of gulls and terns. Suddenly, in the middle of this group arose a fountain of water glittering with hundreds of fish, and this whole lot was swallowed by a Bryde’s Whale! What a sight!
As we rounded Cape Point the swells grew but our attention was taken by the real open-ocean pelagic birds that started making their appearance: White-chinned Petrels, Sooty Shearwaters, Shy Albatross and dainty Sabine’s Gulls. Once we reached the trawling grounds it was again bright and sunny and quite calm. It didn’t take us long to find several rare Black-bellied Storm Petrels in and amongst the hundreds of Wilson’s Storm Petrels, these birds are transit migrants at this time of year. Another rarity was a Northern Royal Albatross and then a second one, we ended up with 5 species of these remarkable birds, the others being Shy, Black-browed, Indian Yellow-nosed and Atlantic Yellow-nosed Albatross. Great Shearwaters were around in good numbers, as were both Northern and Southern Giant Petrels and the beautiful Pintado or Cape Petrels. Our last birding highlight was another uncommon visitor, the Southern or Antarctic Fulmar. Our return trip produced a Humpback Whale and an extended and up-close-and-personal viewing of a group of friendly Dusky Dolphins, a great end to an enjoyable and very successful day out!