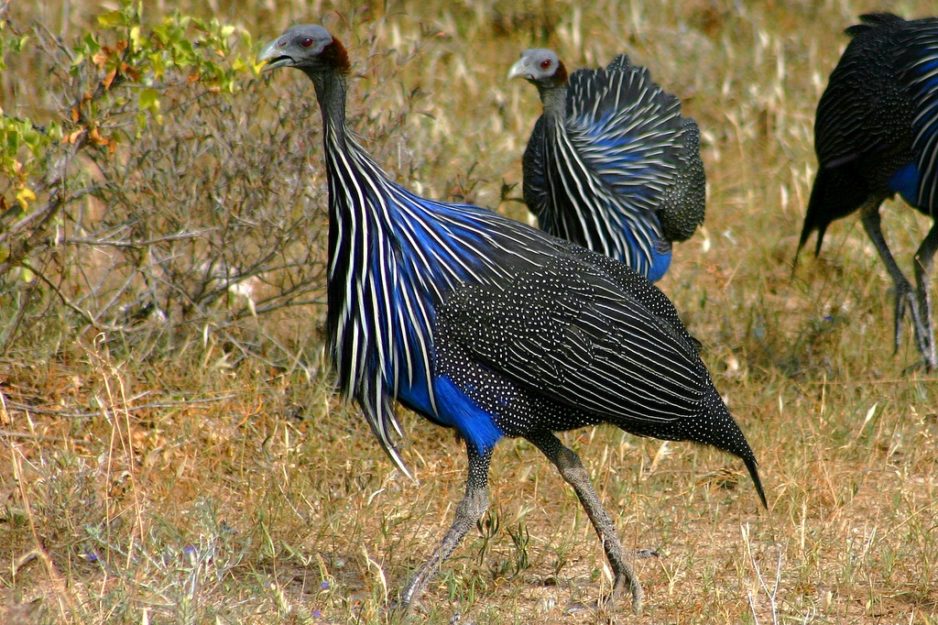 As always, East Africa produced the goods during all of the several tours that we ran successfully in the first quarter of the year in Tanzania. In the forests of the north-eastern parts of the country, we enjoyed great views of Spot-throat, Red-capped Forest Warbler, White-chested Alethe, Bar-tailed Trogon, African Hobby, Hartlaub’s Turaco, Taveta Weaver, Red-throated Twinspot and Moustached Tinkerbird; while the drier areas near the Kenyan border produced Pink-breasted Lark, Tsavo and Black-bellied Sunbirds, Scaly Chatterer, Pangani Longclaw, Beesley’s Lark, Fisher’s Starling, White-headed Mousebird and Zanzibar Red Bishop.

The wildlife experience of Northern Tanzania is unbeatable and these tours were no exception. The highlight is, of course, the 1.5 million Blue Wildebeest that make up the core of the famous Serengeti migration. Sightings on recent tours included rarely encountered Striped Hyenas, dozens of Lion, Leopard, Cheetah, Spotted Hyena, African Elephant, Black Rhino, Buffalo and a wide range of smaller antelope and other species.

PJ Fryer guided our debut “Under Canvas” Tanzania safari in early February and it was a great success! This type of tour offers participants a very different experience to staying in lodges. All the campsites that are used are private and located well off the beaten track, allowing for a true wilderness experience! Our tour covered some of the more spectacular areas in Northern Tanzania, including Tarangire and Lake Manyara National Parks, Ngorongoro Crater, Oldupai Gorge and Serengeti. PJ and his clients thoroughly enjoyed this tour and it is highly recommended for those who want to combine a great birding and wildlife adventure with getting back to nature!