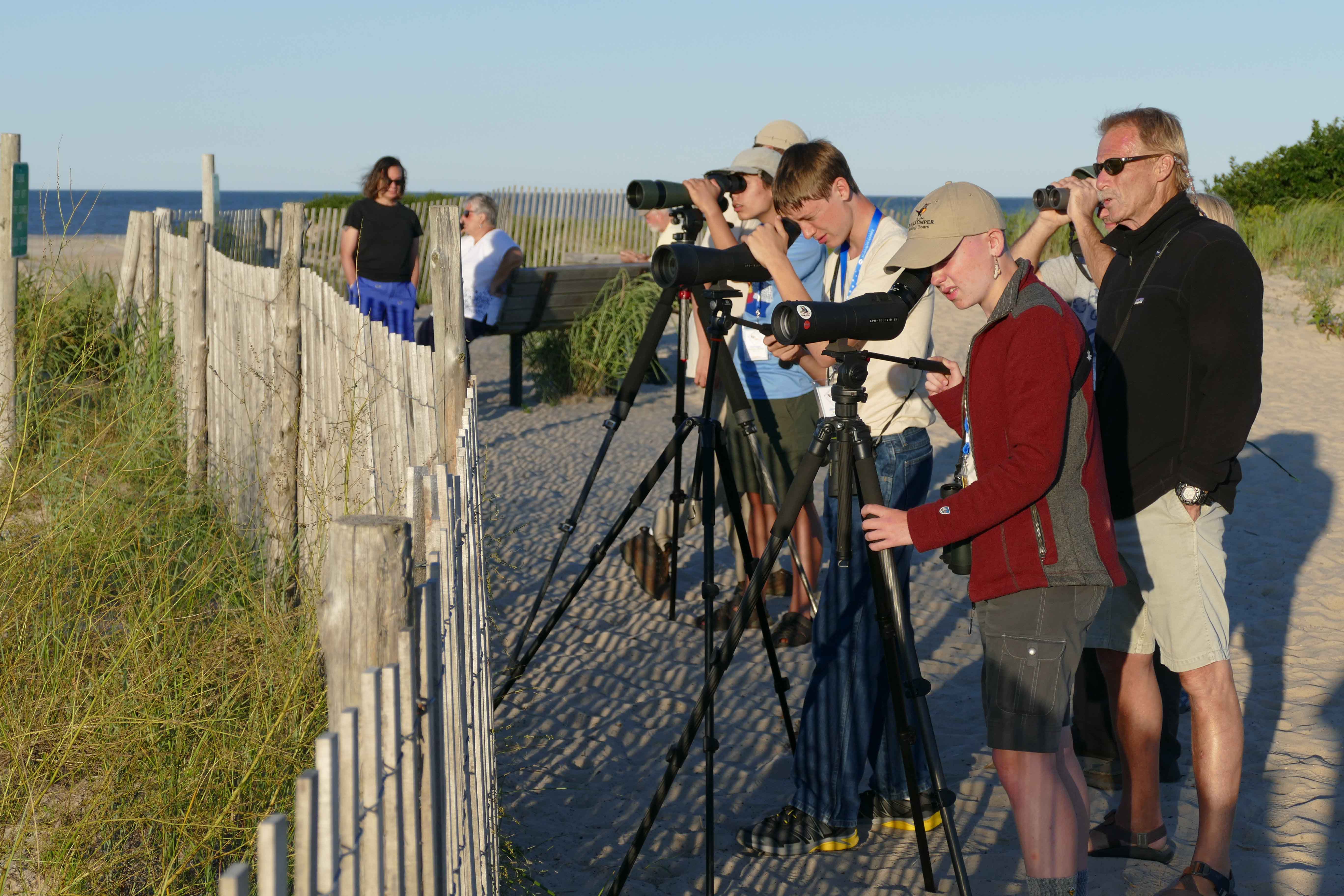 This August, just like the last four before it, the American Birding Association convened its annual Camp Avocet. Based in the shore town of Lewes, Delaware, tucked snugly inside the mouth of the Delaware Bay, and a stone’s throw from avian migration hub Cape Henlopen, 22 campers gathered for a week of birding, learning, and fun. Rockjumper sponsored Camp Avocet and was represented by George Armistead, who has served as an instructor at the camp every year since the first one in 2013.

Aged 13-18, American Birding’s most dedicated teenagers from all over the country got together to study a variety of topics. Led by a team of expert instructors, campers covered a lot of ground, literally and figuratively. Covering five states in seven days, and visiting world-famous wildlife refuges such as Bombay Hook, Prime Hook, and Chincoteague, Camp Avocet attendees saw a ton in a short amount of time. This included a visit to famed wildlife artist Richard Clifton’s personal studio, and campers also traveled by ferry across the Delaware Bay to Cape May, New Jersey. This is hallowed ground and perhaps unrivaled as a migration hotspot, and while songbirds were just kicking into gear, Cape May always attracts birds.

This year, a few lucky campers spotted a Roseate Tern there – remarkably, the second year in a row one has been seen by Camp Avocet. And there were many other birding highlights during the week, including the rediscovery of a visiting vagrant Little Egret at Bombay Hook, and a surprise Little Gull at Mispillion Harbor. Shorebirds (waders, if you prefer) were a major feature. They stack up in big numbers in August around the Delaware Bay, and, with their range of shapes, sizes, and behaviors, provide an excellent group with which to practice field identification. Always among young birders, building ID skills is a hot topic.

Distinguishing dowitchers, parsing plovers and peeps, and ogling American Avocets and Oystercatchers, we enjoyed endless subjects for study. As the old proverb goes, “The beginning of wisdom is to call things by their proper name”, which is surely why birders are so captivated by the identification process. Of course, there is much more to birding than just ID. Campers practised art with Richard Clifton, learned about the ethics of using recordings to attract birds, were coached on how to lead field trips, were informed on careers in ecotourism, outdoor education and conservation biology, and also learned a great deal about insects and other animals and their roles in the ecosystem within the Delmarva Peninsula.

One camper’s parent wrote after camp, “I just wanted to say thanks to you and your team for last week’s excellent camp. Hayden came home feeling very inspired by his experience, and I was getting texts all week with the latest “lifer” report. It was also nice for him to connect with other young birders.”

Delaware, the home state of the American Birding Association’s headquarters, played a wonderful host, as usual for Camp Avocet in 2017, and Team Rockjumper is eager to be a part of it again in the near future. Registration for all ABA’s Young Birders Camps for 2018 is now open. So spread the word. Help us help kids everywhere learn more about birds, birding, and conservation.

Learn more about a few of the many groups and projects we support at Rockjumper Conservation here.